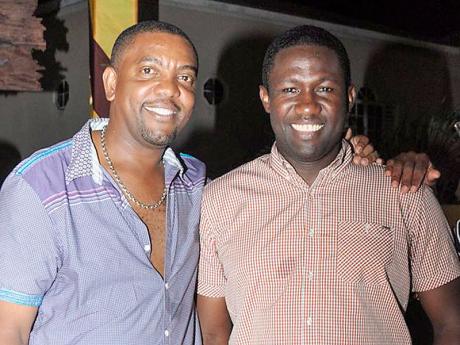 West Indies cricket appears set for a beautiful future and for that many thanks to president Dave Cameron, West Indies Players' Association (WIPA) President Wavell Hinds, to the Caribbean Professional League (CPL), to Richard Pybus, and to all those who are involved in the proposed new guidelines for West Indies cricket.

The changes involve bringing West Indies cricket into the age of professionalism.

Apart from a few Test cricketers being paid, 90 cricketers will now be paid also, and they will be paid all year so that they can concentrate on cricket year-round in an effort to mould their skills.

Money makes the mare go round; people cannot play on hungry stomachs and although it has taken a long time in coming, it is better late than never.

Now, those who wish to can train, practise and play to their hearts content, develop their talent and go as far as they wish to, as far as their ability will allow them to go.

The players will be monitored in an effort to ensure that they follow the guidelines and their schedules, and that they stay in cricket for as much as possible, eight hours a day, five days per week, four weeks per month, all year round.

They will not be rich men at the start, but it is a start. It is, according to Cameron, money to keep them going reasonably well, until they reach the stage to really cash in.

There are a lot of children in cricket today, what with the Scotiabank youngsters all around the region, and what with all the age-group competitions. Much effort has been placed in that area. However, the time has come not to abandon that, but to add meaningful development to that phase so that the process can keep going.

As president Cameron said recently, if cricket is successful and more successful than it is now, the children, the young players, will gravitate towards the game

I am happy for this move and I wonder what former players like Garry Sobers, Rohan Kanhai, Conrad Hunte, Wes Hall, Charlie Griffith and Lance Gibbs are thinking about it right now, and what is going through the minds of the many talented youngsters from the region who migrated to the United States over the years in search of a payday.

Another change to the region's cricket, or rather a return to the format once tried before, will be return matches, and that must be good for the improvement in the standard of play. The more the better players play together, the better they will become.

Hinds, the left-hander who hit a fine double-century in a time of trouble against South Africa in 2003, had this to say about the new format, the format of which many of us have been talking about for a long time.

"We are appreciative that the US$360,000 per season which CPL gave us for rights to stage the tournament will go into the pool of six to get the cricket professionalised, so that our youngsters and our cricketers can understand what it means to be a professional from the territorial level. When they go to represent the West Indies on the international scene they're not learning on the job, but are consummate professionals and will execute accordingly."

Those days may never come back, but those were the days when players, including the best players, wanted to play for their respective territories and did play for them.

What is good to see also, in the interest of West Indies cricket, is the mending of fences between the board and the players' association, and both Cameron and Hinds deserve kudos for burying the hatchet.

The WICB and WIPA are joint hosts of Thursday's awards function, a dinner at which former Prime Minister P. J. Patterson will be, ironically, the keynote speaker.

Hinds once said to me when we talked about the problem between the WICB and WIPA and how it was damaging West Indies cricket: "Rest assured, you can count on me doing everything in my power for a good working relationship. After all, we are all West Indians and it is our cricket."

Things are indeed looking good for West Indies cricket and apart from more from the CPL, more from television, advertising and from sponsors; apart from improved gate receipts and apart from the windfall they hope to get from the ICC's India, Australia and England-controlled board, the hope, the sincere hope, is that the board members will get all the money they need to make their dreams come true.