God will not bless flexi-week 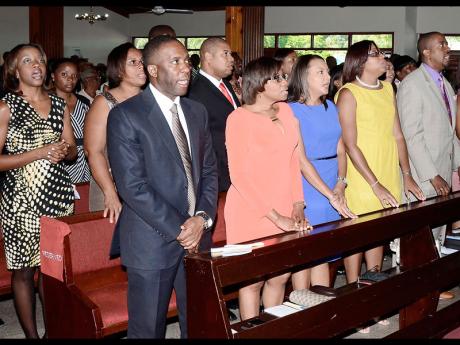 Christians should be allowed to worship without any fear or threat.
1
2

Biblical principles outline that it is the duty of each and every sector - whether religious or secular organisation, or secular government - to build God's house if they want God to build their house! King Solomon showed us the principles of building God's house before building his house (the government). Many are pushing different government leaders and organisations to have a seven-day workweek, ignoring one's Sabbath or day of worship. But leaders at all levels must be careful of who is advising them.

Any laws that are put in place to weaken God's house or rob one day of worship is Russian roulette; and when the dust settles you will see what will stand - the Word of God or careless suggestion. The book of Haggai clearly outlined the negative consequences that befall a nation when one ignores the building of God's house. God was speaking to the religious people concerning their duty to Him and to His house and He was also speaking to the governor, who represented the political sector, about their duties. Please note, it is not about the church losing a few dollars from the offering plate who will feel it; it is the businesses who will feel it. The only reason some companies remain viable is the existence of a few genuine Christians within the company. So it's going to be 'lights out' on a lot of organisations when the Christians leave.

Regardless of the beliefs of an individual - whether they are Christian or non-Christian - God clearly outlines in His word that when a nation fails to build His house (that is when we are making profits and putting everything else first instead of Him - Matthew 6: 33), then we will see the effect of that on the cattle, the labour force and man. He said He will also withhold the grain, the new wine and the new oil; the ground will not bring forth. So, ultimately, there will be no economic growth; and as they attempt to remedy one issue, several more will spring forth and eat away the profits. God reminds us that He controls the gold and the silver.

It is the duty of man to advance God's cause, purpose and interests. When man fails to advance His cause and purpose, then we have global crisis. Each country should learn from Europe and America about what can happen financially when, having been given the freedom of worship, they chose to neglect the House of God and the day set apart for worshipping Him. Surprisingly, we are seeing a shift to countries who many may deem ungodly, because they believe Christianity is not their religion of choice, but there are billions of underground churches in that area who are more righteous than those in the West who have neglected God's house. Countries like China and India, as well as Latin and African nations, just to prove that God is the one who owns prosperity.

Many of them in the airline and shipping industries are failing because they refuse to give to the faith-based organisation.

Seven-day flexi workweek does not improve the economy; it destroys it and it destroys families. Furthermore, it adds to the social and moral problems within a nation. In Nehemiah 13, he had to carry out reforms to improve the economy because the merchants wanted to do the same thing. What he did to stop the 'flexi-week' rebuilt the economy!

Christians Must Open Their Own Business

With the threat of the seven-day flexi-week, God-fearing people should take the opportunity to open their own businesses and keep it private. Don't go public; when you keep it private, you can call your own shots!

Revelation 18 lets us know that we are about to see a shift from the Babylonian system of which the flexi-week is a part - and to a 'kingdom' system. This is part of the greatest wealth transfer to take place. We are about to see the God-blessed businesses versus the man-made system. Any system built or established without God's blessing will come down.

We should look at companies like Chick-Fil-A that respect the day of worship; Hobby Lobby and Forever 21 - those other companies that operate on Biblical principles.

Apostle Steve Lyston is a biblical economics consultant and author of several books, including 'End Time Finance' and 'The New Millionaire'.