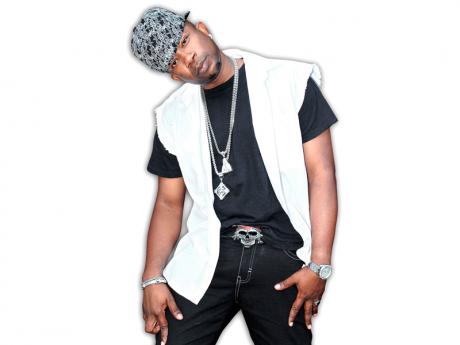 Medical doctor and recording artiste Shaka Pow is gearing up to make a return to the music industry.

According to the artiste, who compares himself to Superman because of his dual personality, he had taken a break to focus on medicine. However, with the return of old-school dancehall rhythms, he believes the climate is right to make a return.

"I am like Clarke Kent, who also plays Superman. I am a doctor, but then I have my dancehall side, and I want to explore that side of me as well," he said.

The doctor says fans of his music have been beckoning him to make new music and are challenging him to compete with the current crop of dancehall acts.

"The fans have been asking. They have been saying they haven't been seeing me as much, and that they don't see anything that the most talented artistes in the business are doing that I can't accomplish. So the 'Outfit General' is out for the fans," he said.

Shaka Pow says he has proven his worth in the medical field and now feels the need to do the same for his second passion. The deejay has his eyes set on the international market, citing that his songs were more accepted in places like the United States, Japan and Germany.

"This rhythm a generate whole heap a energy worldwide. Is a long time wi nuh see a rhythm weh cause so many iconic artistes to jump out. It's like in 1995 when all of us were going to King Jammys, Scorpio or Steelie and Cleevie. It's one of those rhythms that you don't want to miss you in your career, similar to the 'Sleng Teng' rhythm and the weight it carried," he said.

The deejay is gearing up to release a new mixtape called The Baddest Dancehall Mixtape Ever. The project features dancing songs, social commentary and roots-reggae music and was mixed by Shaka Pow's younger brother, Cha Baby.

"I am working on promotions now and visibility because I want the younger generation to know my work. For the summer, anywhere the shows are, I will be looking for them. Jamaica is the melting pot for music, so once the work is successful in Jamaica, it will blow up elsewhere. I am coming out with the full package. Right now, I am in the gym losing some weight and working on my stage performance," he said.

The deejay also highlighted that he does not intend to quit his day job as a medical doctor, and he will be managing his time wisely.

"I have been doing music since I knew how to talk, but I gained direct entry into medicine at age 18 … . So at no point was I doing only music, but now, I am more comfortable with juggling both professions and I understand myself as a person," he said.