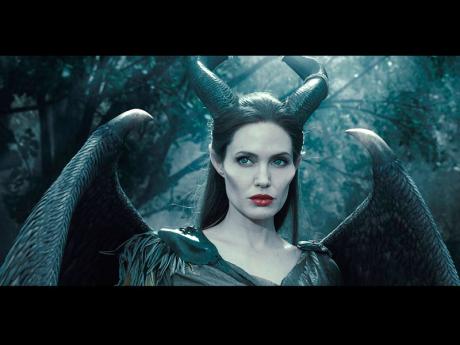 The PG-rated fantasy beat forecasts to easily top all films over the weekend, according to studio estimates yesterday.

Though Maleficent was early on considered a risky endeavour for Disney, that might turn away family audiences by retelling Sleeping Beauty from the villain's perspective, the film emerged as a hit largely because of the draw of Jolie.

Star power has been increasingly elusive in modern Hollywood, where name-brand concepts often rule the box-office. But Jolie, in her first live-action starring role in years, drove interest for Maleficent despite lackluster reviews from critics.

"It's a unique thing," said Dave Hollis, head of distribution for Disney. "Her star power transcends borders and genre."

Seth MacFarlane's Western comedy, A Million Ways to Die in the West, was out-gunned by Maleficent. The R-rated Universal release opened in third place with a tepid US$17.1 million despite a starry cast of Liam Neeson, Charlize Theron and Amanda Seyfried. By contrast, MacFarlane's Ted (for which he's making a sequel) opened with US$54.4 million in 2012.

Last weekend's top film, Fox's big-budget mutant sequel, X-Men: Days of Future Past, dropped to second with US$32.6 million. It's a somewhat steep decline for Days of Future Past, but the film made US$95.6 million internationally in its second week, good enough to push its global cumulative total past US$500 million already.

"The whole movie kind of rises and sets on her performance," said Paul Dergarabedian, senior analyst for box-office tracker Rentrak. "The concept is the character. The character is completely linked to the person playing that role."

The film was a balancing act for Disney, which is used to churning out brighter tales. Hollis credited the company's marketing department for "walking the fine line" of selling the movie to families (which made up 45 per cent of the audience, according to Disney), and suggesting an edginess that would appeal to a broader audience. Maleficent earned about US$100 million internationally.

"If you go to Disney, the longest lines are for the scariest rides," said Dergarabedian. "We're going to see more of this, where the villains are the new heroes."

Disney has had success reimagining fairy tales in recent years with Alice in Wonderland (US$116 million in 2010) and Oz the Great and Powerful (US$79.1 million debut in 2013). Maleficent fell short of those releases, but it was made in the same lineage. Robert Stromberg, the production designer for both earlier movies, makes his directorial debut with Maleficent.

Next weekend will bring a battle between Shailene Woodley in the young-adult novel adaptation The Fault in Our Stars and Tom Cruise in the sci-fi thriller, Edge of Tomorrow.

Here are estimated ticket sales for Friday through Sunday at United States and Canadian theaters, according to Rentrak: