Tying the knot our way 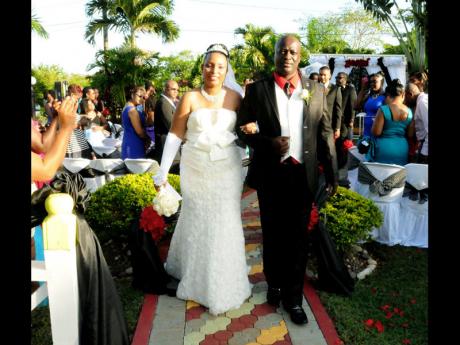 Surgeon and Clarke take their first steps as husband and wife. 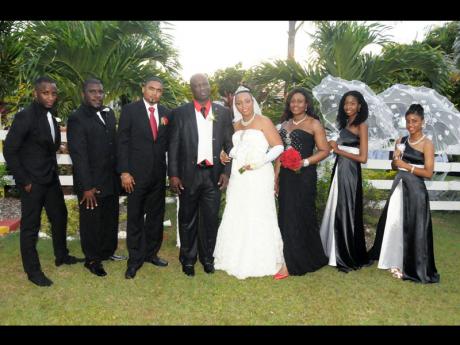 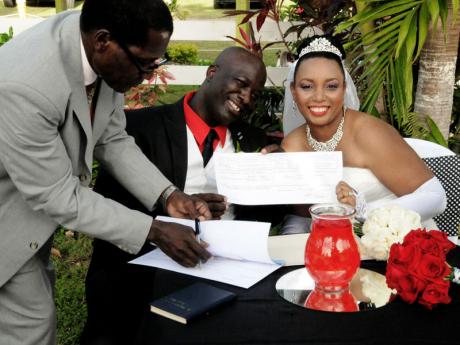 We did it! The glowing bride and proud groom showing off their marital licence to the camera. 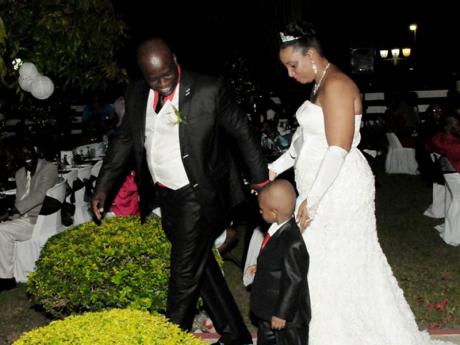 The married couple - captured with their precious son. 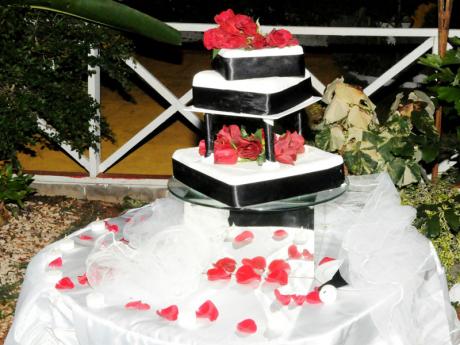 The dream wedding colour scheme of bold black and pristine white, accentuated with a hint of romantic red, came to life in the unique union of lovers Tammika Clarke and Everton Surgeon.

Some would say Clarke and Surgeon met by chance in 2009, but they call it fate. "I was on the phone with my co-worker and Everton overheard my conversation. He approached my co-worker and asked her if she could set him up with me. She told him straight up that her friend was out of his league. They later made a deal just so that he would speak to me," Clarke explained to Flair.

With his half of the deal complete, her friend kept up her end by relaying the message that she had a secret admirer. When Clarke found out that he was not fair-skinned, she immediately said that he did not stand a chance in her book. He was, however, quick to point out that he was tall, dark and handsome. Little did she know that this confident man, outside of her type, would be the man of her dreams.

Though they had exchanged pictures, when it was finally time to meet, Clarke insisted that they meet on her turf, and Surgeon journeyed all the way to Linstead to meet her. A lover of East Indian mangoes, she requested her favourite fruit, and to her surprise, he greeted her with two bowls of East Indian mangoes.

It was during her summer vacation abroad that things really got heated over countless phone calls. When she realised upon her return that he was waiting for her, they went into high gear and confirmed their relationship.

Clarke, a food aficionado, would often indulge in the pleasures of Surgeon's cooking. She confessed, "I was amazed. I was always used to doing the cooking, and the fact that he cooked so well and catered to me was quite impressive." As time progressed, they fell helplessly in love. On June 30, 2011 she gave birth to their baby boy.

For Clarke and Surgeon, the power of a whisper led them down the aisle. "One morning while in bed, he whispered in my ear that he was ready to get married," she said. The roar came in the form of their grand all-white engagement party with close family members and friends who shared in their celebration.

Clarke had been planning her wedding for many years, watching shows, reading magazines, and taking elements of everything that she liked to put into her dream wedding - incorporating her favourite colours - red, black and white. A year and a month later, she was thrilled to see her vision unfold.

On April 19, 2014, Clarke, an English literature teacher, tied the knot with business contractor Everton Surgeon at Vintage Gardens in St Catherine. Due to inclement weather, the outdoor ceremony, scheduled to commence at 2 p.m., did not take place until 4 p.m. But as the skies cleared and the sunlight appeared, the blushing bride made her grand entrance.

In the presence of family, friends and co-workers, the couple said their 'I dos' and in an elegant affair, they were happily pronounced husband and wife. Culinary diversity tickled the tastebuds as specially invited guests were treated to Indian, Chinese, and local dishes served buffet style. They were thoroughly entertained and actively engaged in competitions and games.