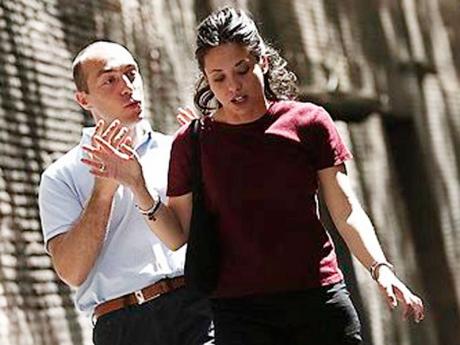 Love causes conflict because sometimes the care is so much you are unable to contain it during conflicts. However, the tongue is a powerful thing and during a heated confrontation in any relationship one should learn to "bite yuh lip".

The best relationships all have their conflicts, but most times that is not what ends a relationship; rather it is how the conflict is handled. Relationship counsellor Sheldon Givans explained that oftentimes it is what people consider the small things that manifest themselves into relationship closers.

"What many people do is take a so-called small conflict for granted and don't discuss it and let it grow into something so much more. You belittle the conflict and sometimes in doing so belittle your spouse without knowing it, and create animosity within the relationship," said Givans.

He reiterated his point with the example of telling your spouse how to squeeze the toothpaste from the bottom. It is small enough but then when your wish is forgotten or ignored you start telling the person they came from 'nowhere' so they could not know better, you eat away at their self-esteem and build resentment towards you. One should always guard what one says even when frustrated or angry because words are something you cannot take back.

Givans gave a few tips on what one should avoid doing during a confrontation between spouses.

1 Your spouse might tell you secrets about their past and past relationships; never bring them up during a conflict. That will cause your partner to lose faith in you, thus not confide in you.

2 Do not bring up past conflicts that you had, especially if you said they were resolved. It will appear as if you have not forgiven them and that will build resentment.

3 Do not kick your partner while he/she is down. If he/she is going through a rough patch do not throw it in their face during the conflict to demean them.

4 Avoid 'hearsays' because sometimes they are not true or they are misrepresented. You do not want to have preconceived notions before actually speaking to your spouse.

5 Do not drown your partner out. When your spouse is trying to speak or explain, avoid talking over them and making them feel like what they have to say is irrelevant. There are many sides to a story.

6 Do not get people involved. Telling everyone about your personal conflict does not help, but rather it fuels it, especially when you are not getting objective advice. In addition, the solicited or unsolicited advice, negative comments about your spouse from friends and family members have no place in conflicts. Never say, "My mother told me you were worthless" or things of that nature. You not only fuel the argument but also start a new conflict or build resentment between the spouse and a family member.

7 Never mention sexuality during conflicts. Mishaps or shortcomings in the bedroom should stay there. Bringing them into a conflict is an extreme 'no no'.

8 Showing attitude and malicing for days, as well as sleeping in separate rooms, is a problem. Putting distance breaks down the bridge of communication, which you need in order to resolve the conflict.