We must not stand by as NIF dies 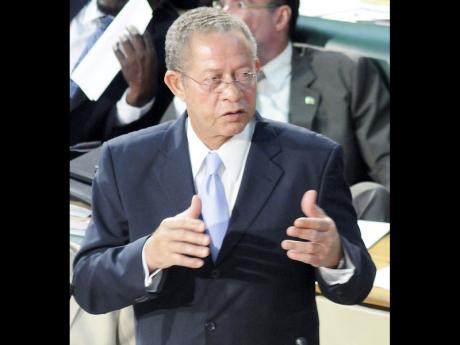 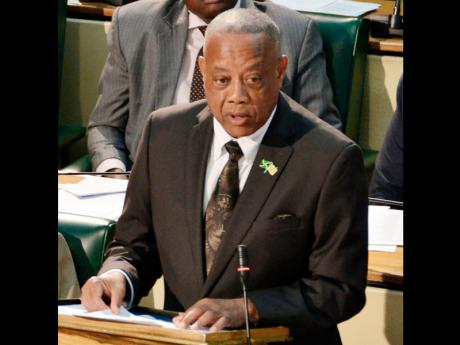 Five years after former Prime Minister Bruce Golding requested a report on viable options that would ensure the longevity of the National Insurance Fund (NIF), the nation is being told that the Government is still awaiting the completion of a study to guide the implementation of the fund.

When Labour and Social Security Minister Derrick Kellier made his contribution to the Sectoral Debate in Parliament last Wednesday, the minister told legislators that up to the end of March 2014, benefits were being paid to more than 107,000 people - in excess of 7,000 pensioners overseas and some 100,000 here in Jamaica.

"The benefits provided under the scheme amounted to approximately $14.7 billion for the period April 1, 2013 to March 31, 2014. But for that same period, the contributions to the scheme totalled approximately $12 billion," the minister said.

He added: "If the NIF is to remain viable, this untenable situation where benefits continue to outweigh contributions must be curtailed. As I have already established, the NIF is an important element of the Growth Agenda, providing as it does social protection for its contributors and their dependents."

The minister said that through the assistance of the Inter-American Development Bank, the Ministry of Labour and Social Security has received an actuarial evaluation report and road map for the reform of the scheme.

One hopes Kellier is not waiting for applause. He has been minister for more than two years and the matter of the viability of the fund has been in doubt even longer. Perhaps, like his predecessor, Pearnel Charles, Kellier is prepared to study away this problem.

When Golding raised the issue of trouble facing the NIF half a decade ago, he held a special meeting with then Leader of the Opposition Portia Simpson Miller, herself a long-standing labour minister, to discuss the matter.

An audit of the fund at the time revealed that even with prudent management and investments, it was in danger of being decapitalised in 13 years. Assuming that the audit is spot on, we are eight years away from singing 'sleep on beloved' to the NIF, which has a claim rate of between 95 and 97 per cent among pensioners, many of whom spent their lifetime contributing 2.5 per cent of their salaries to the National Insurance Scheme, which, in turn, hands over the money to the NIF to be managed.

This issue of the sustainability of the NIF is not a grand discovery. Well do we recall Golding turning up in Parliament to counter claims made by Simpson Miller at her party's annual conference in 2009. Simpson Miller had said that when the People's National Party left power in 2007, the NIF had a capital base of $54 billion and blamed the Golding administration for compromising the viability of the fund.

Golding said that while the fund has a healthy capital base, the fact that the pension population at the time was more than 90,000 persons, and that within 20 years as many as 350,000 people would be pensionable, indicated that on its current trajectory the NIF was facing a crisis of sustainability.

Sadly, neither Golding nor his social security minister, Charles, went far enough to correct this major problem. They simply sought a study to guide the way forward.

Years later, Kellier is telling us that Cabinet is still awaiting that blueprint for the way forward. This is most unacceptable, especially when one considers how quick politicians are to increase benefits under the scheme. I am not against pensioners getting more, but if we are to protect current and future pensioners, Simpson Miller and her Government should guide all future decisions about the NIF on the outcome of the study.

And for that reason, we can't wait a lifetime to act on this matter, as in the long run we are all dead, though it seems the NIF could predecease us.