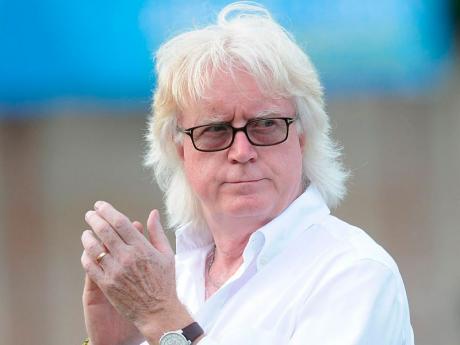 Schäfer, in a release to the media, said: "Baseball legend Babe Ruth once said that that every strike is one step closer to a home run."

"I always liked that quote because it points out the quint-essence of success in sport, maybe of success in general. You can't expect to grow, to improve and finally be successful without a challenge ... take a risk and lose from time to time," added the German coach.

"We lost two games, against Serbia and Switzerland, but I'm not sad, not at all. We chose to play those games against two very strong teams because we are now in a development phase. It would be a waste of time to play against mediocre or even low-level teams just to present you with an easy win.

"We want to become a better team, game by game. We are already preparing for the Caribbean Cup, and we take that serious. This time it wasn't about winning, but about achieving a number of individual and specific team successes, important steps, and I'm proud to say that we are able to do that," Schäfer said.

He continued: "I want to thank the team. Those friendly games weren't official FIFA games, so after a hard and stressful season (with their respective clubs) the players decided to play for their country instead of enjoying holidays. That's wonderful, as it tells us about their patriotism, ambition and professionalism," added Schäfer, before looking at the two games.

"Against Serbia, a team with players in top clubs in Europe, we were a bit nervous in the beginning, but came back in the second half confident and strong. Over time, we played even better than Serbia," the coach assessed.

"Rodolph Austin impressed as a good captain, a leader and role model for professionalism. Young Michael Seaton from Washington proved himself as a cold-blooded striker. Andre Blaké, our goalkeeper, had a fantastic game, and Philadelphia should ask themselves why he isn't number one. We had, all in all, a pretty new team. Four local players who fought bravely and two new guys from England who made clear that they want it all," Schäfer said.

"Then, against a very good Swiss team, we played even better, and I'm very proud because that made clear what we are able to achieve if we have the time to work together. The team was able to anticipate the strengths and weaknesses of our opponent, and reacted in a smart and efficient way.

"We saw a strategic and tactically very good game, had more chances to make a goal than the Swiss. We have to focus on holding the ball in front.

"I was impressed by Blake, Austin, Wes Morgan, and Mariappa, but in general from the whole team. Every single one did a great job and can be proud. You did well, Boyz; and we're on a very good, promising way," added the coach.

Jamaica will play Egypt in another friendly international on Wednesday, before playing France on June 8.