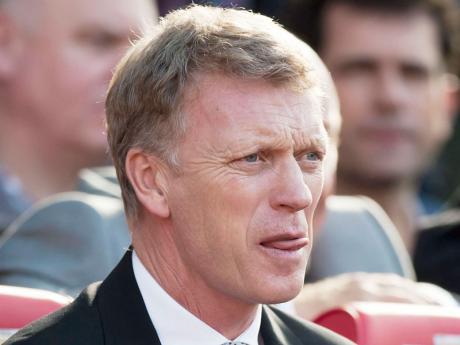 Former Manchester United manager David Moyes says he is being tempted by one or two "very good offers" to return to football coaching, almost six weeks after being fired by the Premier League giants.

Writing in British newspaper The Sunday Times in his first media comments since his departure, Moyes says "another possibility is that I may choose to have a break and enjoy watching and observing football throughout the world. What I do know for sure is that I have moved on".

Moyes lasted just 10 months as the successor to Alex Ferguson before he was fired in April, with United languishing in seventh place in a dismal defence of its league title.

The Scot says: "It could well be that gone are the days of long-term planning ... . It was unfortunate I wasn't given more time to succeed."

Villa helped Atletico win their first Spanish league title in 18 years and reach only their second Champions League final. Villa says he has received "an offer I can't refuse" for next season, without revealing his destination.

Villa was reportedly in Manchester to undergo a medical with the American team, adding "I'm very excited to embark on this challenge. This is a very important challenge in my career and my life."

Marc Marquez won the Italian Grand Prix yesterday with a pass at the start of the final lap to extend his perfect start to the MotoGP season.

With his sixth consecutive victory, Marquez became the first rider since Valentino Rossi, who won seven straight in 2002, to take six or more successive races.

Marquez started on pole but trailed Jorge Lorenzo for much of the race before finally passing his fellow Spaniard on a straight with seven laps to go.

The pair then traded the lead several times before Marquez finally surged in front for good.