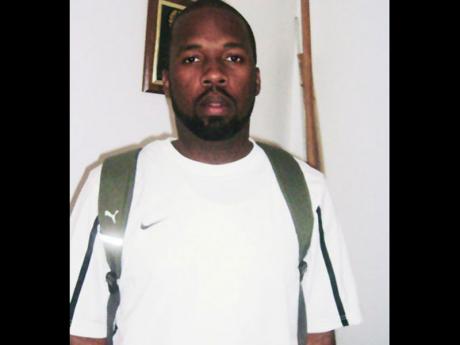 Corey Bennett, head coach of Hydel - winners of the controversial 2014 Jamaica Independent Schools Association (JISA)/ Seprod Prep Schools Track and Field Championship - blames disrespect on the fact that his school is yet to receive the trophy after retaining the title on Saturday at the National Stadium.

However, the final points standing was delayed because Vaz Prep lodged a protest after their team was disqualified in the penultimate event of the meet, the Girls' 4x200m. They were disqualified because one of their athletes was deemed to have crossed over before the stipulated point.

Hydel won the event, while Vaz had finished fourth.

Additionally, Vaz protested that Hydel should have been disqualified for the same infringement in the same event.

However, Vaz's appeal was thrown out by the meet's umpires on the grounds that Hydel had in fact crossed over within the stipulated zone.

As a consequence, Hydel were declared the winners of the championships by five points, thus extending their winning run to 10 consecutive years.

Interestingly, if the original results were allowed to stand, Vaz would have gotten seven points for fourth in the Girls' 4x200m and ultimately win the championships with 209.5 points, two points more than Hydel.

"We feel very disrespected that persons are accusing us of all sorts of things when we fairly and squarely won the title," he said. "Clearly, the organisers included wanted another school to win the champs, and so they weren't eager to present us with the trophy.

"I am very upset that we didn't receive the trophy and nobody from the JISA organisation had the decency to come to the team and say anything to us, and this has left us to wonder," said Bennett.

"They deliberately didn't want us to win it this time, and therefore, they did it the way they did it," Bennett said. "On a Champs like this when you work so hard to pull it off, the kids should have gotten the chance to parade it (trophy) on the day."

Vaz's coach, June Simpson, said her organisation was saddened by the outcome.

"I think that we were the winners of the championships and, so I am having mixed feelings," said Simpson.

"It was very good championships until the end when the controversy started," she said.

Meanwhile, Cortland Soares, a member of the organising committee, said there was no evidence to support Vaz's appeal.

"The track umpires reviewed the event and they made a determination that the protest will not be upheld and there was no evidence to support the allegations," he said.

Soares added that Hydel will receive the championship trophy later this week and that there was no conspiracy against any of the participating teams.

"I know that chairman has been in touch with Hydel to arrange a day and time to present the trophy with the sponsor to the team," Soares said. "They will get the trophy, and therefore, there is no conspiracy against any of the teams."