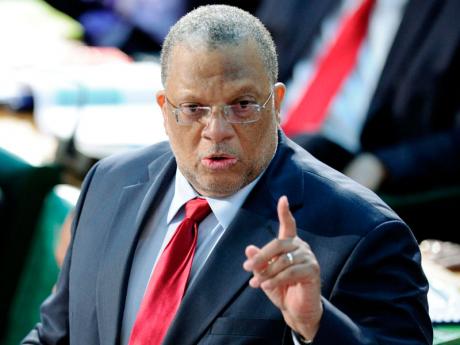 The Jamaican Government will continue to focus on strategies geared at maintaining the primary surplus of 7.5 per cent of gross domestic product (GDP) during fiscal year 2014-15, the second year of implementation of its medium-term economic programme with the International Monetary Fund (IMF).

The primary surplus, equivalent to $121.27 billion for the current fiscal year, is being used as an operational instrument to achieving the objective of reducing the public debt and maintaining it at sustainable levels, according to the Government's fiscal policy paper for 2014-15.

The medium-term economic programme under the IMF's Extended Fund Facility seeks to promote sustainable economic growth, fiscal and debt sustainability and protecting the most vulnerable social groups, it said.

The paper said that crafting the Budget for fiscal year 2014-15 "was quite challenging as considerable efforts were made to contain expenditure at levels consistent with the expected revenue inflows to deliver the required fiscal targets".

As a result, it said, ministries and departments "will be required to become even more efficient in their operations, reduce waste and achieve higher levels of productivity".

Central Government's expenditure for 2014-15 is programmed at $558.8 billion. Minus the non-debt expenditure, the allocation for wages and salaries represent the largest share of the Budget, accounting for $161.7 billion or 52.7 per cent, a marginal reduction from the 54.8 per cent in fiscal year 2013-14.

However, progress has been made to meet an IMF requirement as the provision amounts to 10 per cent of GDP, down from 10.6 per cent during the last fiscal year, and is in line to satisfy the stipulation for the central government wage bill not to exceed nine per cent of the country's output by March 2016.

The paper cautions that the allocation for wages and salaries for the current fiscal year makes no provision for payment in lieu of vacation leave and hence "accounting officers are to ensure that appropriate arrangements are put in place to allow officers to proceed on vacation leave at the appropriate time".

The objective of reducing the debt notwithstanding, servicing it during 2014-15 is projected at $233.44 billion, representing 43.2 per cent of the Budget, the same as the provisional outturn for the last fiscal year.

The increase in interest payments has been attributed to, among other things, increased borrowing from multilateral institutions, depreciation in the value of the Jamaican dollar, higher domestic interest rates and increased provision of guaranteed loans.

Amortisation payments are budgeted to fall by 5.5 per cent to $100.77 billion during the fiscal year. Given that none of the national debt exchange instruments will mature in 2014-15, domestic amortisation is budgeted to fall to $24.23 billion from $76.60 billion the previous year.

However, a €150 million bond that matures in the current fiscal year, along with the depreciation of the Jamaican dollar, will contribute to a significant increase in external amortisation to $76.54 billion, up from $30.03 billion in 2013-14.

The Government will be borrowing $110.89 billion to cover amortisation payments of $100.77 billion and finance the deficit of $11.39 billion.