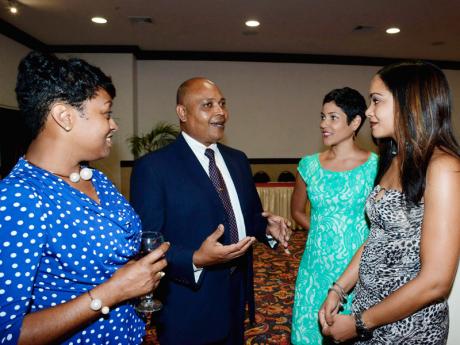 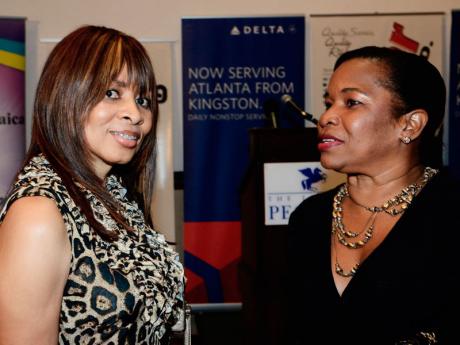 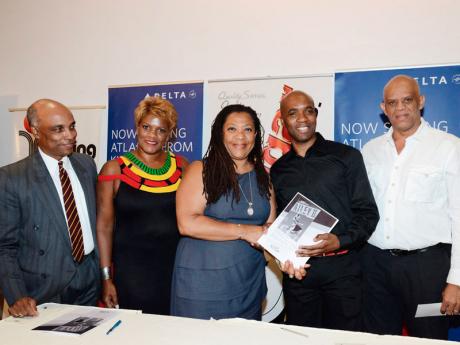 Pauline Findlay (centre), trustee and chair of the Wolmer's board of management, and Troy Powell (second right), artistic director of Ailey II, show the paperwork after signing the agreement to bring the dance company to Jamaica to celebrate Wolmer's 285th anniversary. Looking on are (from left) Wolmerians Christopher Samuda, Michelle Wilson-Reynolds and Conrad Graham of Trafalgar Travel. - Photos by Winston Sill/Freelance Photographer 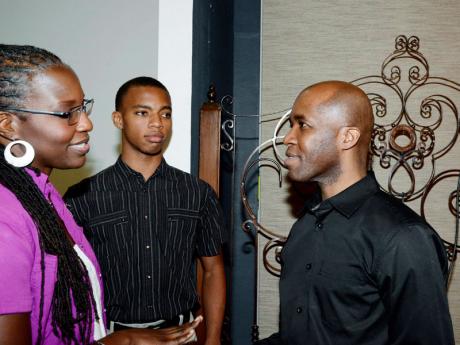 To celebrate its 285th anniversary, Wolmer's has joined with another iconic entity to wow Jamaican audiences.

The Wolmer's Trust has signed an agreement with the Ailey II Dance Company to bring their dancers to the Little Theatre for two stellar performances on Sunday, September 28, fitting in nicely with the renowned Wolmer's Prep School's Season of Dance. The event's launch and official signing took place last Thursday at The Jamaica Pegasus hotel. The signing was between the Wolmer's Trust and Opus 3 Artists LLC, the company that manages Ailey II.

Pauline Findlay, trustee and chair of Wolmer's board of management, said the shows would be the high point of the Wolmer's celebrations. She lauded the schools' founder, John Wolmer, for leaving money for a free school to be established even during a time of slavery. She noted Wolmer's has survived through turmoil of all types, and had overcome various barriers to become a centrepiece in the cultural and educational experience of Kingston and the wider Jamaica.

Artistic director of Ailey II, Troy Powell, who was guest of honour at the launch, could not contain his excitement, revelling in his first time in Jamaica. He noted all 12 dancers scheduled to perform were between 20 and 24 years old, most never performing outside the United States.

"This will definitely be a cultural experience and a cultural exchange for them," he said. Powell was later given an impromptu (and hilarious) lesson on the Jamaican psyche by Barbara Gloudon.

"We're a creative people ... not quite right in the head," she joked. "But that gives us a certain courage." She 'warned' him that "wherever we go, we tek it over", and playfully, we think, suggested he move Ailey II to Jamaica. She lauded Wolmer's for taking on such a big undertaking, noting "is not two dolla fi it".

"It's a brave movement you're doing, but Wolmer's always boasy," she said, a compliment to the ambitious nature of Wolmer's projects. Dr Judith Robinson, co-chair of the 285th planning committee, said celebrations began in late January. May saw a number of events, including the actual Founder's Day on May 21. After the Ailey II performances, there will be a Hall of Fame Induction event on November 8 with a culminating 5k walk on November 30.