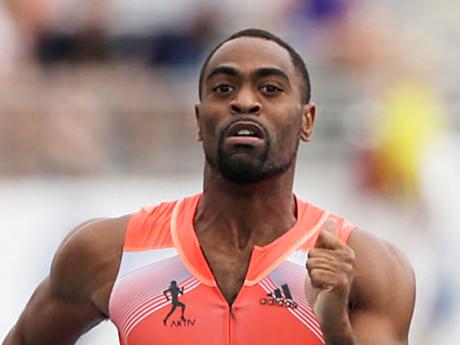 Approximately 50 of Jamaica's top golfers will be challenging for a place on the national senior team to the Caribbean Amateur Golf Championships, at the national golf trials, which begins today at Cinnamon Hill Golf Course and ends on Saturday. The trialists were selected based on their performance at the 2013-14 qualifying tournaments hosted by the Jamaica Golf Association (JGA).

The top 14 golfers to emerge from the trials will represent Jamaica at the regional championships in Puerto Rico in August. That tournament will see nine Caribbean nations participating for top honours including the Hoerman Cup, the Francis & Steele-Perkins Trophy, and the George Teale Trophy.

Gay to return at Lausanne

Former world champion Tyson Gay says he will return from his one-year ban for doping on July 3 at the Diamond League meeting in Lausanne. Gay's one-year suspension for testing positive for an anabolic steroid expires on June 23. The United States sprinter says he will run the 100 metres at the Athletissima, where he won last year in 9.79 seconds. That victory was annulled along with all of Gay's results since July 2012.

Gay said on the meeting website: "I'm thrilled to have it be my opening meet of 2014."

He is expected to face fellow American Justin Gatlin, the 2004 Olympic 100 champion, who later served a four-year ban for doping. Gay got a reduced one-year ban for cooperating with the US Anti-Doping Agency's investigation.

Cricket fans from 29 countries will be able to watch the West Indies Cricket Board (WICB) and the West Indies Player Association (WIPA) honour the top performers in West Indies cricket at the WICB/WIPA Awards. Caribbean sports cable giant SportsMax and their diaspora channel, CEEN, will air the awards live throughout 27 Caribbean markets and in the New York Tri-state and in Ontario, Canada tomorrow, from The Jamaica Pegasus hotel in St Andrew.

The coverage will begin with a live airing of the popular SportsMax Zone with Simon Crosskill and Jeffrey Dujon at 4:30 p.m.-6 p.m., with live coverage of the awards ceremony, starting with the red-carpet interviews at 7:30 p.m., followed by the awards at 8 p.m.

Sri Lanka swept to a six-wicket victory over England at Edgbaston yesterday, sealing a 3-2 victory in their one-day international series. Lahiru Thirimanne scored 60 and Mahela Jayawardene added 53 as the tourists reached 222-4 in reply to England's 219 all out in the decider.

Alastair Cook scored his first one-day international half-century, with 56 off 85 balls before England were bowled out with nearly two overs to spare.