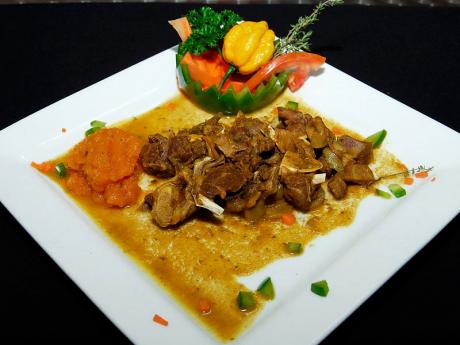 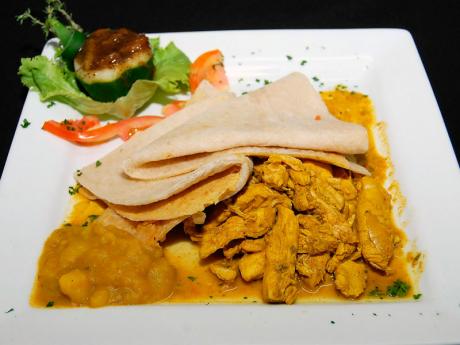 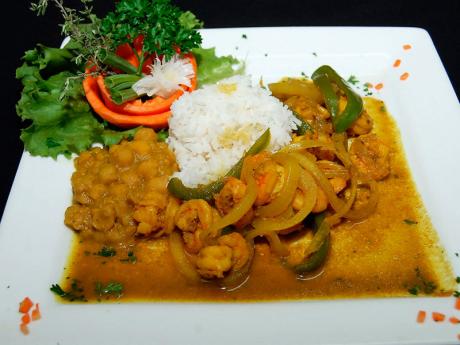 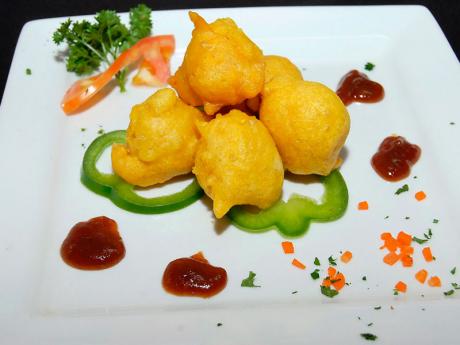 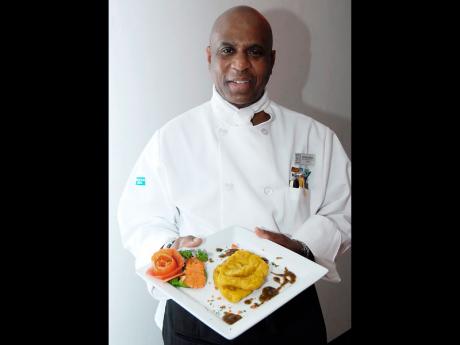 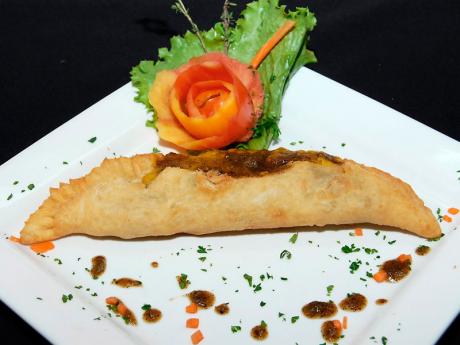 Toe-curling aloo pie for those who definitely like their food spicy. 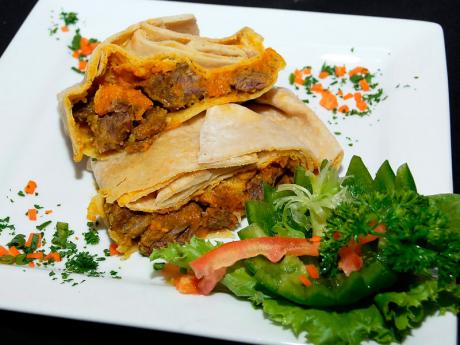 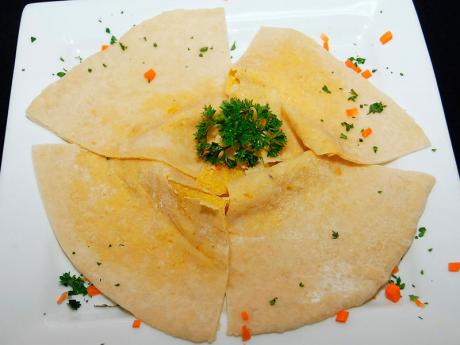 This is what Ali's Roti Shop is all about - good roti, and this is the dhal puri roti. 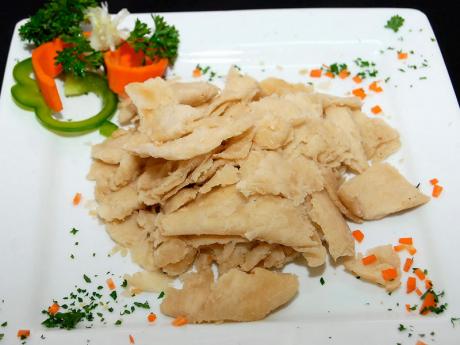 The buss up shut that customers love. 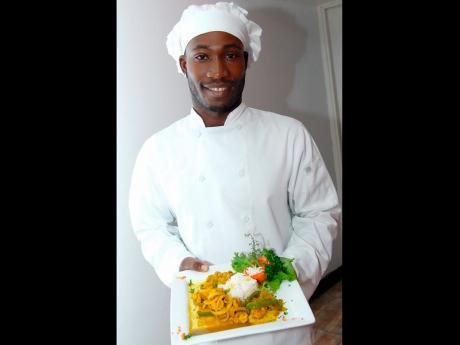 Located off Upper Waterloo Road at 25 Annette Crescent, it offers a wide variety of Trinidadian dishes - wraps; curried goat, chicken and mutton; the infamous doubles; pholourie; and aloo pie. But no matter what you order, it will be served with roti - dhal, buss up shut, paratha, and potato roti. You name it, Ali's Roti Shop has it.

Opened last November, Jamaicans have flocked to this restaurant to get their fill with some of
their favourites.

According to Oneal Samms, one of two
chefs at the eatery, the customers really love the curried goat and the
buss up shut roti. Buss up shut is best described as an exploding
overload of roti, accomplished by beating the roti until it is almost
shredded and it literally looks like a torn-up shirt.

This is also Samms' favourite dish to prepare.

"It is to die for! The spice, the flavour, and the
texture of the roti just give you a taste that you never want to leave
your mouth," he told Food.

Ali's
Roti Shop stays true to its name and Trinidadian roots. The dishes are
prepared from scratch with Trinidadian ingredients. For management, it's
imperative that the restaurant caters to the Trinidadian palate. Though
there are restaurants in Jamaica that offer roti and other Trinidadian
dishes, the taste and texture is not the same.

Ali's
Roti Shop was intended to be just a takeout spot, but due to customers'
requests, it was expanded to accommodate diners.

While
the menu is dominanted by dishes from our Caribbean neighbour, the
eatery is considering adding some Jamaican dishes and offer more options
to its customers. But if roti is what you're feeling for, Ali's is the
place to get it.