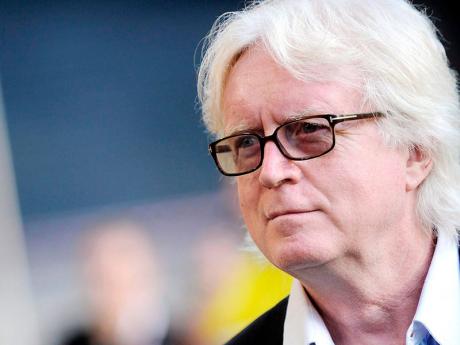 Jamaica's train to a possible World Cup berth in 2018 is already leaving the station. And, it seems players invited by head coach Winfried Schäfer but hesitate to board won't get another ticket to ride.

Schäfer appears set on diffusing an explosive issue which has haunted Jamaica's football for more than 15 years.

Ever since technical director Rene Simoes drafted a wave of English-born players into the Reggae Boyz camp for the latter stages of the 1998 Road To France campaign - some who had rejected earlier overtures - the infusion of foreigners has ignited debate.

Who was really Jamaican? A player born on the 'Rock' or one who only traces relatives here? The question stirred national emotions not limited to sports fans.

Local-based players, up to then the soul of the national programme, were angry when cast aside, replaced by some who rarely or never had visited the island. The public threatened to block the team's World Cup departure if Walter Boyd, a Jamaica-born star, wasn't included - especially since others who hadn't played during qualification were. Some harbour resentment for Simoes' recruitment tactics.

Since then, Jamaican-born players have expressed distrust.

The festering wound burst open last year when Lovel Palmer announced his international retirement. He publicly blasted the national programme for injecting overseas-based players in the CONCACAF final or hexagonal round of the 2014 World Cup qualification (WCQ) who, he believed, were unwilling to commit earlier. Palmer was among the "hex" rejects.

"Where were these (new) guys when we were struggling to get to the hex?" he asked after Jamaica's campaign failed.

Jamaica opened hexagonal play in February with at least four foreign-born Boyz who'd never played in the 2014 WCQ. By the last match in October, the number had doubled.

Palmer and others believed the newcomers damaged team chemistry. They weren't against overseas-born players, just those who didn't respond promptly, unlike Deon Burton, Paul Hall and Fitzroy Simpson in the '90s and current counterparts Adrian Mariappa and Nyron Nosworthy, who all joined the Boyz before the hexagonals.

The 2018 WCQ is far away, but indications are that Schäfer is seeking to avoid future discontent. While on the United States leg of a current four-match tour, the coach underlined commitment to Jamaica alongside football ability as key selection criteria.

He's keen about team bonding, after reportedly witnessing disconnect between some players when he replaced Theodore Whitmore last September.

Schäfer has already ruled out several Jamaica-eligible, overseas-born players who waffled on commitment to the Boyz.

"I asked them to come now," Schäfer said. "Most were happy to play for Jamaica and that is what I want. Some wanted to wait. I do not want those players."

Except for those yet to wear the Jamaica shirt for reasons like not having a passport or yet-to-be discovered talent, Schäfer appears settling on a general pool of players as engine for the drive to Russia and other major tournaments.

"Wes Morgan was born in England,"

Schäfer said of the 30-year-old Leicester City defender. "But he said 'I want to play'."

In a published article, Schäfer described
Dawkins and Grant, whose first caps came against Serbia and Switzerland,
as "... two new guys from England who made clear that they want it
all."

Jamaica-born players have few objections bonding
with teammates from overseas. (Foreign and local-born showed solidarity
during a lengthy meeting with Jamaica Football Federation bosses to
discuss player compensation after the Serbia game.) But dating back to
Simoes' experiment, they don't believe they're always given a fair
shot.

Passions inflamed when reports indicated the
agent of an English-born recruit said his player would only consider
joining Jamaica several games into the hex. A veteran Reggae Boy said he
wanted the English player to join Jamaica so he could "kick the s..t
out of him".

Overseas-born players admit joining a
campaign already in progress isn't ideal. They understand Jamaicans'
frustration when they lose their place. Most love their Jamaican
heritage. But adapting to new teammates and systems "at times it was
hard for them too," one said.

"It's better coming in
at the start," explained Doyley, a Watford defender who debuted in the
hex. "You get to know people."

Preston North End's
Chris Humphrey, born in Jamaica, moved to England at age five and
selected during the hex, agreed.

"Now we have these
trainings, these 'friendlies'," said Humphrey, who is on the current
tour. "... It makes it easier to get involved."

That
means sacrificing from the start and learning team rules. Humphrey
knows. He was banned by Jamaica in 2012 for violating a curfew he
claimed not to know existed.

Schäfer's solution is for
players to commit early or stay away. It's the price of a ticket to
ride with the Boyz.