Use it or lose it! US expert pushes for more trade under CBI 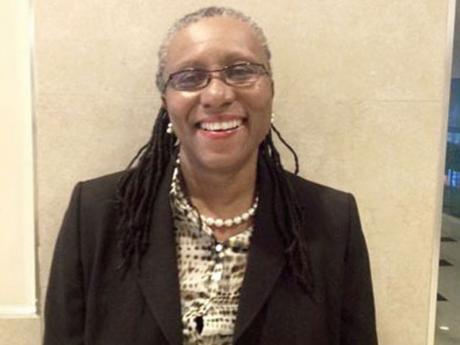 If producers don't make greater use of trade facilities under the Caribbean Basin Initiative (CBI), they may end up losing some of its preferences.

That's the message from American trade lawyer Andrea Ewart, who is encouraging Caribbean countries to do more business with the United States under the facility, which, for 30 years, has allowed goods to enter US markets duty-free.

Ewart said now may be a good time for Caribbean ministers to gain new trade concessions from Washington, citing President Barack Obama's June 1 statement at the start of National Caribbean-American Month, which proclaimed that it was time to renew relations and that the US "is expanding cooperation" with its Caribbean partners.

That statement comes amid geopolitical changes in which China has become an influential economic force through massive investments in the region.

Her own entreaty comes on the eve of the expiry of a WTO waiver to facilitate the non-reciprocal access for Caribbean goods to the US. The waiver, approved in 2009, expires this year.

"I will say that, generally speaking, I think the Caribbean has tended to take its relationship with the US - its trade relationship and this access that it has - for granted, not just in trade and economic relations," said Ewart.

"There are a number of outstanding issues that could benefit from a proactive engagement on the part of governments across the region," she said in an interview with the Financial Gleaner on Tuesday.

Ewart is in Jamaica for a series of workshops on CBI hosted by the Jamaica Exporters' Association with sponsorship from the US Embassy, the first of which was held on Wednesday in Kingston.

The CBI was created in 1983 through the Caribbean Basin Economic Recovery Act (CBERA) and was expanded in 2000 through the US-Caribbean Basin Trade Partnership Act (CBTPA) to include other classes of goods for preferential access.

The CBTPA is said to have harmonised CBI preferences with the treatment of some goods under NAFTA, a competing trade pact that itself was named as one of the causes for the diminution of US-Caribbean trade. It added apparel, footwear, petroleum products and some jewellery, among others, to the list of duty-free goods.

Since 2006, total trade with CBI countries has decreased, both in absolute terms and as a percentage of total US trade, according to the 10th Report to Congress on the Operation of the Caribbean Basin Economic Recovery Act, dated December 31, 2013.

CBI's share of total US imports was 0.5 per cent in 2012, down from 0.7 per cent the previous year. CBI beneficiary countries - 23 in total - supplied US$11.9 billion of US imports, ranking 31st among suppliers ahead of the Dominican Republic and behind Austria.

A decade or so earlier, trade under CBI was estimated close to US$20 billion in one year and was said to account for about 2.7 per cent of US imports.

Some reports cite the Caribbean's propensity to fall victim to big storms as partially responsible for lost productive capacity and the resultant drop in trade in the years since; others cite cheaper exports from other supply markets around the world.

Today, Ewart said, only 40 per cent of eligible exporters in Jamaica use CBI.

Andrew Collins of the Jamaica Exporters' Association says that because Jamaican companies may lack the "bandwidth" to navigate such arrangements.

Larger companies that can afford to hire consultants are the ones taking advantage of the agreement, he says.

"Just broadly speaking, with these trade agreements there are a lot of fine details which require not just reading, but it also requires going through the process itself because not everything is what it appears to be," said the exporter.

Companies often have to test the system and must be prepared take a hit until they are familiar with facilities like CBI, Collins said.

Jamaica Manufacturers' Association President Brian Pengelley says exporters are often constrained by the cost to ship their goods to market.

"We have to review and make sure the categories are absolutely applicable and in line with what we can trade in, and I also think that we really need to think about freight, because it is a large cost," said Pengelley.

Last year's CBI report to the US Congress notes that Jamaica replaced The Bahamas as the third-leading source of US imports in 2011. However, problems with fuel-grade ethanol production may have changed its standing since then. The ethanol sector has been hobbled by lack of feedstock, which Jamaican producers import for processing, leading to the idling of productive capacity.

Haiti has been the second leading source of US imports under CBI tariff preferences since 2009, after Costa Rica left the CBI.

Haiti mainly sells apparel to the US, accounting for 94 per cent of all its CBI exports.

Oil producer Trinidad and Tobago remains the leading source of CBI trade and has been since 2005.

In 2012, Jamaica sold US$206 million worth of goods to the US under CBERA, but did just US$5,000 worth of trade under CBTPA. Overall exports to the US totalled US$457 million that year, while US exports to Jamaica topped US$1.8 billion.

The full year's data for 2013 was unavailable, but up to August of that year, Jamaica-CBI trade had dropped by an annual rate of close to 20 per cent.

Trinidad, in 2012, shipped US$2.17 billion worth of goods to the US under CBI, representing a quarter of its total US$8 billion of exports into that market that year. The US in turn sold more than US$2.2 billion worth of products to Trinidad.

It is noted by analysts aligned with the Office of Economics of the United States International Trade Commission, and others, that CBI trade has also declined with competition from cheaper Asian products entering the region and US markets.

In some cases, apparel producers have determined that, for the clothing they manufacture, the cost differential between US-origin fabric and lower-priced fabric from Asia is greater than the duty-savings on apparel exports under the CBTPA.

Ewart indicated that addressing any concerns under the agreement requires outreach to the US, not by individual countries, but from Caricom as a bloc.

The trade expert said outstanding issues impacting just about every country in the region include not just rum or ethanol, but also FACTA, conch and gaming; and that such issues are best tackled through regional engagement to find long-term solutions.

"The region imports a lot from the US; it's the closest major export market that the Caribbean has. If the perception is that the region has not benefited to the extent that it would like to, then the response should be more engagement, not less," she said.

"My perception, to the extent that there has not been a level of responsiveness from the US, is that it might engage a little more on a bilateral basis. As a major world power, the US does not make policy with respect to Jamaica or Barbados as individual countries. It shapes its policy with respect to the region. And so the region needs to get its act together and, as a region, figure out what is the relationship that it wants."

It's worth making the effort, she said, because CBI preferences translate to a three to four per cent cost advantage to producers.

The main components of CBI, which is captured under CBERA, is permanent and does not expire. The companion law, CBTPA, expires in 2020. As to whether it survives, is solely up to the Americans.

"Whether it's renewed or not is really up to the US Congress and the president," said Ewart.

"It does not mean that the region cannot explain the benefits that they get from it and say they want to have it, but there is nothing to negotiate," she said.