Carreras cigarette sales fall by $2b 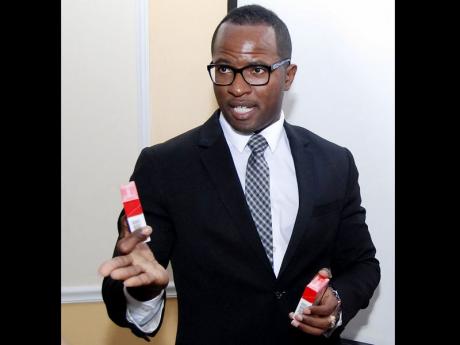 Carreras Limited's sales shrank by almost $2 billion, which it attributes mostly to the health kick against tobacco.

The cigarette trader, owned by British American Tobacco, racked up sales of $10.3 billion at yearend March 2014, a sharp drop from $12.2 billion a year ago.

The sales figures reflect the impact of the public ban on smoking imposed in July 2013.

The legislation imposed strict regulations on packaging, and bans smoking in buildings.

Consumers were confused over what the changes meant and the end result was a "30 per cent drop in volumes", Steele said.

Another negative factor hitting Carreras was the increase in the sales of counterfeit cigarettes.

In March, Steele said the company would lose $1.6 billion in revenue annually due to smugglers. The day before its yearend financial results were released to the market, the company sent out a news release warning about yet more fake Craven "A" cigarettes on the market, and has been running advertisements to alert smokers to the difference in the packaging between the fraudulent product and the real thing.

Carreras has exclusive rights to the distribution of the popular brand manufactured by its sister company West Indies Tobacco in Trinidad.

Some of the fall-off in sales was offset with price increases which came into effect on March 1, Steele said. The price of a cigarette stick moved from $30 to $35, an increase of about 17 per cent.

Carreras also saw a dramatic drop in bottom line profit, from $6.2 billion to $4 billion. However, the FY2013 results were inflated by a one-off event - a $5-billion pension surplus refund to the company when it restructured its pension scheme.

The refund contributed $3.5 billion to profit that year. The FY2014 profits also include $1.3 billion from 'non-routine' transactions.

Earnings per share (EPS) were "round about flat" for core business, Steele said. EPS from normal operations stood at $5.48 compared to $5.51 for last year.

Its next challenge may well be e-cigarettes, which remains a novelty in most markets, including Jamaica.

So far, the electronic products, which are slowly entering mainstream retail markets locally, has had no effect on Carreras sales at all, Steele said.

The cigarette distributor is itself considering adding the product to its portfolio, but is in no rush.

"It's something we are looking at," Steele said, but added, "It's not an area we'd like to focus on; at this moment, it's not on the horizon."