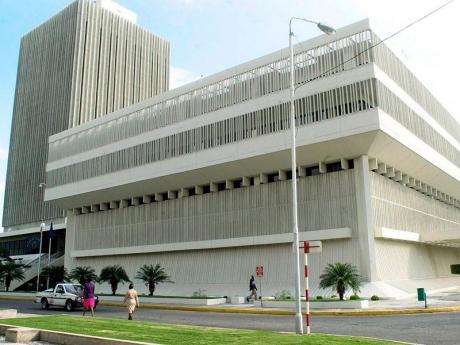 Banking institutions not fully compliant with all the rules codified in the Banking Services Act will get three months to deliver a plan to the Bank of Jamaica (BOJ) to align their operations with the law after its passage.

The three-month provision was inserted in the language of the banking bill at the end of the committee review and public consultations on the legislation. The revised bill was tabled in Parliament on May 27, and passed in the Lower House on June 4. It now heads to the Senate.

However, the banks - or deposit-taking institutions as the law refers to them - will get as much time as deemed necessary to align their operations with the law, depending on the issue to be resolved.

BOJ legal counsel Robin Sykes says for much of the required changes, the timelines would be agreed between the finance house and the BOJ.

Specific timelines have already been set in some instances. For example, counterparty exposures can be resolved within two years; and deposit-takers, whose organisational structure is in breach of the new law, will get a year to restructure, after the BOJ has issued instructions to the institution on the required changes. The law calls for financial conglomerates to be regrouped under a holding company.

Other timelines inserted in the bill includes a 30-day deadline for the BOJ, the designated 'supervisor' of the banking system to respond to applications relating to the introduction of new business and services, delivery channels, strategic alliances, and joint ventures, once the required information is provided.

Sykes said if the BOJ fails to act in the 30-day window, the response to the application will be considered a 'yes' by default.

Not included in the bill is a time-line for approving banking licences. Maureen Simms, BOJ division chief, Financial Institutions Supervision, says the process will be dependent on the information provided by applicants.

However, the central bank gets four months to sign off on arrangements for the acquisition of a substantial shareholding - that is, 20 per cent or more - in a licensee. The clock starts ticking after all required information is submitted to the banking supervisor.

The bill has left unchanged the requirement that where the capital levels fall below regulatory levels, the BOJ will issue specific time-bound directions for the licensee to boost its capital or undertake other remedial actions.

A report produced by the parliamentary committee that reviewed the bill indicates that the group grappled with the idea of whether temporary management should be automatic in cases where the licensee's required capital fall below a certain level.

It was argued that flexibility should be exercised to give time for recapitalisation.

"We also learnt that the existing 50 per cent threshold was lower than international standard, which assumes that statutory intervention should take place as soon as the capital levels reach below the minimum level. The 50 per cent threshold allows the licensee time to raise additional capital and for restructuring," said the committee report.

In the case of acquisitions where ownership control changes, the supervisory committee will also get four months to approve the deal, with the countdown starting after all required information has been submitted in support of the application.

The committee report also notes that where consolidated financial statements indicate the potential insolvency of any member of a financial group, the BOJ may issue directions to either increase capital, sell or dispose of members of the group, or to wind up a subsidiary, but will consult with the other regulators before taking action.

A subject of extensive debate, the report noted, was the treatment of loss reserves for credit facilities in arrears for 90 days.

The bill prohibits interest on such loans from being posted to the profit-and-loss account, and in circumstances where a loan is equivalent to more than one per cent of the deposit-taker's capital base, and the terms of the loan are being renegotiated, the bank is required to notify the BOJ.

"Your committee deliberated on the section extensively, especially in light of the fact that the Institute of Chartered Accountants of Jamaica had stated that the provisions in the section were not in line with the International Financial Reporting Standards," the report said.

Sykes explained that the objection was essentially about the use of archaic language. The issue was resolved by changing the term 'balance sheet' to 'audited financial statements'.

That switch was then applied throughout the bill, Sykes said.