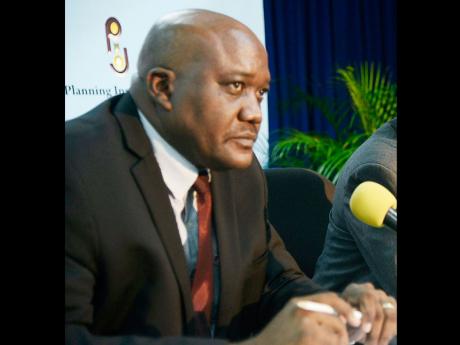 The Planning Institute of Jamaica (PIOJ) reports that spending overall in the wholesale and retail sectors registered rose significantly in the first quarter, pushed by sales of household goods and other consumables.

According to James Stewart, director of the PIOJ's Economic Planning and Research Division, the increase reflected data that took account of inflation, which was 1.7 per cent for the March quarter.

However, the total basket for the 'Wholesale & Retail Trade; Repair and Installation of Machinery Industry' was estimated to have been relatively flat, with an estimated uptick of just 0.2 per cent.

The PIOJ reports that increased gross sales in eight of the 16 wholesale and retail categories accounted for 67.6 per cent of total sales for the quarter. Household goods rose by 8.3 per cent while sales of motor vehicle parts and accessories spiked by 15.6 per cent.

"The report highlighted some of the areas in which increased sales were recorded," said Stewart.

"However, these increases were partially counterbalanced by declines in sales recorded in other areas such as the sale of motor vehicles, down 37.4 per cent and retail sale of automotive fuels, down 5.6 per cent, among other categories," he told the Financial Gleaner.

The PIOJ was unable to say whether the increase in spend in some categories was connected to individuals buying now for fear of increased prices later, as the dollar devalues.

"We do not have the information to definitively draw such inferences," Stewart said.

He noted as well that while the share of loans for personal consumption decreased by 0.7 percentage point to 47.2 per cent, in absolute terms, this category of loans climbed by 10 per cent.

The PIOJ itself reported that the increased consumer spend was accompanied by an increase in the volume and value of ABM and point-of-sale transactions. At the same time, it also indicated a real increase of 7.5 per cent in remittance inflows for January 2014.

The stock of loans and advances outstanding at commercial banks amounted to J$438.1 billion at the end of March 2014. Overall, private-sector credit accounted for approximately 93 per cent of loan stock during the period, but: "More loans were being taken for business than for personal consumption, " Stewart said.