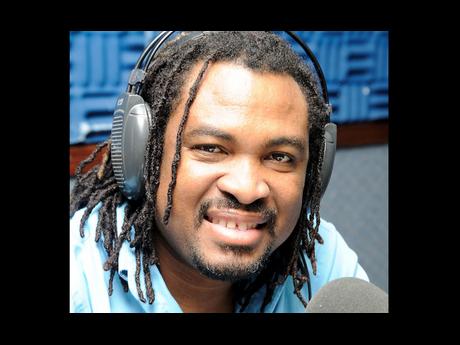 Over the course of the next few weeks, like many other addicts, I will be in sports heaven. The World Cup will be upon us in another week or so. The NBA finals would have started last night, and in another two days, the West Indies will be starting another Test series.

I'm sure that many men all over Jamaica are just as eager as I am to watch these (and other) events unfold. I say men deliberately. Maybe it goes back to our cave days when we were hunters and just naturally more competitive than the opposite sex. Maybe it's because men are naturally bigger and stronger than women and need an outlet to let off all that testosterone. Maybe it's because, in most cultures, girls are reared to be homemakers while boys are encouraged to play outdoors.

Whatever it is, I think it's safe to say that men are generally more inclined to sports than women.

At times like these, women have to be understanding. Relationships can be severely tested. I have known women who hate World Cups. They complain bitterly when their men seemingly care more about sports than they do about them. Men will leave the comfort of their homes and want to watch these events in a sports bar or at another venue where other men are. When women offer to come, they are quite often met with, "No, babes, that's not your turf."

Women tend not to get it, but it's often true. At these all-male venues, we become ... ahm ... er ... ourselves! There is no better way to say it. As men, we curse and swear at the referee. We call the players all manner of names with language that would shock our spouses. Women would be flabbergasted to see how their mild-mannered boyfriend behaves when his team gives away a goal in the dying stages, to lose a game. We really would prefer for our insignificant other not to see us in that mood sometimes.

At these venues, we make bets on the spot with other men who don't support our team, often with money that we really can't afford to lose, and that we can't tell our women about. So yes, quite often our women cramp our style, even though many of us wouldn't dare admit it to our better halves.

If we choose to stay at home, the fight for the TV remote can seem insignificant, but it can lead to quiet resentment. If as a man you run your house, you often have to pull rank when World Cup football comes around. At times like these, watching the bloodshed and mayhem and governmental ineptitude that passes for the news may seem a distant second choice in comparison to Game Two in the NBA finals!

We don't want to hear about the results; we need to see it unfold. The adrenaline rush that it gives us is almost orgasmic. Most women may not get that, and may think we men are insensitive brutes if we insist on watching sports instead of gawking at Scandal or reruns of Grey's Anatomy. My advice to women who find themselves in this position is to invest in another TV, because even if your man gives in to you, he will be quietly seething.

As for going to live events, many of us men won't ever admit it, but we prefer going to Sabina Park with other 'bredrens', unless our women are really inclined to sports. It's no fun having your woman poke you in the arm every five minutes and say, "Honey, what's the purpose of the guy in the white coat?" Or: "Why is the guy with the bat scratching at the dirt in front of the stumps?"

If your woman isn't one of those rare creatures that are just as interested in sports as their men are, dawg nyam you supper for the next few weeks. Good luck!