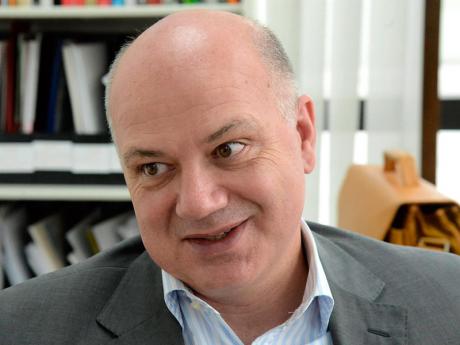 A high-ranking World Bank official is charging that Jamaicans are too individualistic.

Giorgio Valentini, World Bank Country Representative for Jamaica, Guyana, Trindad and Tobago and Suriname, told The Gleaner the insular approach adopted over the years, has helped to plunge the country into the economic crisis in which it has found itself from the successes of 40 years ago.

Valentini said Jamaica possesses the capacity to forge ahead successfully with the proposed logistics hub that could catapult the country out of its bind, but stressed that embedded insularity must go.

Pointing to the heavy focus on crime levels, Valentini suggested that Jamaicans tended to be too harsh on themselves in some respects.

He expressed concern that after languishing for more than 40 years in the throes of an ailing economy, Jamaicans are also losing patience with the direction being undertaken by the current Finance Minister Dr Peter Phillips.

In achieving small measures of economic growth, among other things, Valentini suggested that Jamaica was fortunate to be moving in the reverse direction to many nations who have found themselves in similar predicament.

"Jamaica is going against the current. You are going through a harsh, challenging period; you are implementing a large number of structural reforms but you are growing, and that is a signal that something works," he argued.

He said the attitude of Jamaicans has been influenced by its closeness and reliance on what he termed the Euro Diaspora, to the United States. "So everybody has the option to move to the US," he asserted.

"There is no doubt that Jamaica does not lack the capacity to forge ahead, but they must learn to think global instead of local," he asserted. "The question must be probed, how can we partner with global companies instead of focusing on 2.7 million people in a limited market."

Valentini who is leaving the local posting for Honduras next month, suggested that 40 years ago, Singapore was constrained as one of the poorest countries in the world. "They (the people of Singapore) had to push themselves to get out of that."

He also pointed to Dubai which does not have a geographic advantage.

Valentini said the individualistic approach of Jamaicans is magnified in the tourism and farming sectors in Jamaica. He charged that individual interests would do anything to selfishly advance their area over another, instead of focusing on the famed Jamaica brand.

He suggested that instead of 250,000 farmers doing their own thing, the structure must be set up to create a more cohesive approach to play a bigger role in the global space.

Citing Digicel, Grace-Kennedy and Mussons Jamaica Limited as examples to follow, Valentini stressed that Jamaicans will have to learn to participate with more cohesiveness. "Few are doing well, but so much more can be done," he said.