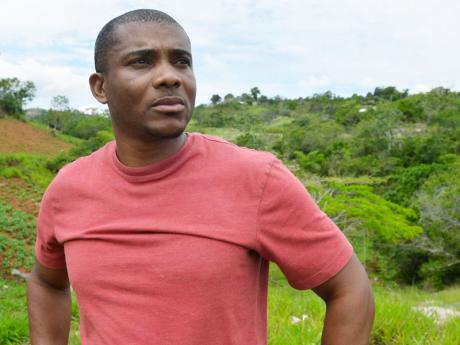 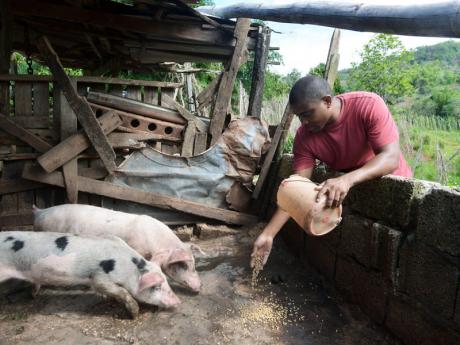 Howard Bailey with his pigs.
1
2

Howard Bailey joined the United States (US) Navy straight out of high school in Brooklyn, figuring he would see the world. He didn't expect to end up back in his native Jamaica, raising pigs and barely getting by in the poor village of his childhood.

The 43-year-old father of two was deported in May 2012 from the US to his Caribbean homeland because he was convicted of a marijuana-related felony drug charge in 1997, despite the four years he served in the Navy, including a few months on a supply ship during the first Gulf War.

Weighed down by worry and bone-deep weariness, he wants to get back to his family and the future he thought he was building in Virginia. Bailey was a teenager when he and his siblings followed their mother to New York City as green card holders, and he long considered the United States his home.

"It's so hard," Bailey said, gesturing at a few rough-hewn pigpens and yam vines climbing up bamboo sticks. "I went from owning a successful trucking business and two homes in the US, paying my taxes, raising two beautiful children with a beautiful wife to, well, what you see here."

Bailey's case has drawn the attention of immigration lawyers and media because his crime seems relatively minor and the punishment extreme. But he's not unique: Thousands of non-citizens who served in the US military have been deported to countries around the globe in recent years, immigrant advocates estimate. The precise number is unknown because the US government does not track deportees by veteran status.

Some say the deportees deserve special consideration because of their military service. "We treated you as a national when you wore the uniform, we should treat you as one when it comes off," said Pennsylvania immigration attorney Craig Shagin, who assists a group for deportees called Banished Veterans.

If legal permanent residents die while serving in the US military, they are granted a military funeral and citizenship. But if they finish their service without becoming nationalised and are later arrested, as Bailey was, they are subject to immigration laws passed in 1994 and 1996 that expanded the list of deportable offences.

It's an uphill battle to return a deportee in Bailey's position to the US, said Alisa Wellek, who is assisting him as co-executive director of the New York-based Immigrant Defence Project. She said a legal advocacy project at Boston College has agreed to file a motion to reopen Bailey's immigration case so a judge can determine whether he deserves to stay in the US as a green card holder or legal resident. But the Department of Homeland Security will ultimately decide if the case is reopened.