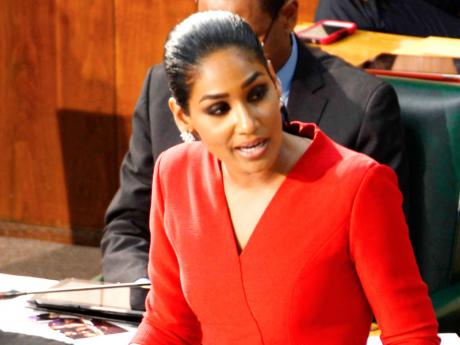 IN AN effort to transform the nation through the re-engagement of fathers and the repositioning of the Jamaican male, the National Association of the Family (NAF) was launched on Wednesday.

"Indeed, the breakdown of family life in many countries across the globe, including here in Jamaica, has been linked through rigorous and widespread research to numerous maladies in developed and developing nations," Michael Coombs, founder and chairman of the NAF said.

He added: "These include increased levels of crime and violence, youth incarceration, sexual abuse, teenage pregnancy, sexually transmitted infections, substance abuse, mental illness, teen suicide, poor performance in schools, and an absence of positive values and attitudes, among other things."

The NAF is comprised of a group of concerned Jamaicans from various professional groups who share a common burden for the degradation of family life in Jamaica. Their mandate will focus on advocacy, education, and facilitation, through partnerships with existing entities, for the promotion and protection of the family.

"Further, the association considers it our duty to educate our youth who are yet to become parents and have families of their own, that, based on evidence, the best environment for nurturing young lives is a stable, healthy marital relationship between mom and dad," Coombs said.

"Therefore, with 85 per cent of Jamaican children born out of wedlock, perhaps the highest in the world, the NAF considers promoting the institution of marriage among our youth of the utmost national importance in creating the foundation for restoring the Jamaican family and producing healthy, productive citizens of tomorrow," he added.

Minister of Youth and Culture Lisa Hanna also lauded the association while expounding on how important it is to teach parents how to play their roles.

"What we find is that a lot of our children don't trust their parents, because many of them feel that they can't talk to their parents," she said.

"I know you have a particular interest in fathers, but we need to have a stronger emphasis as well on our mothers because of what we are seeing with them. Many are unable to cope and are bringing their children to the state because of uncontrollable behaviour," Hanna added.