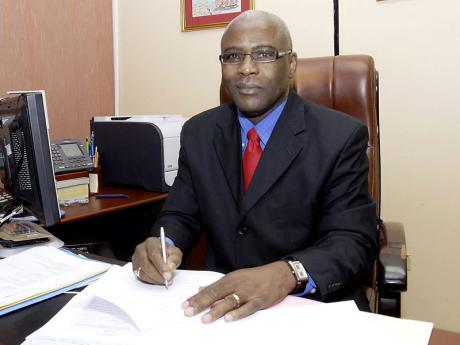 THE JAMAICAN public should shortly know the results of the pilot testing for ShoreLock - an erosion control agent used in beach restoration which last year attracted the ire of conservationists and Negril stakeholders over its proposed use on the island.

"We are preparing a report for the minister [of Water, Land, Environment, and Climate Change, Robert Pickersgill] and the Natural Resources Conservation Authority (NRCA), which is also the Beach Control Authority," said Peter Knight, chief executive officer for the National Environment and Planning Agency (NEPA).

The report - to be submitted to the NRCA at its next meeting on the third Tuesday of this month - follows months of the agent's testing at three locations on the island: Negril, Discovery Bay and St Elizabeth.

There was, however, a delayed start to the testing for Negril owing to opposition from stakeholders there last year.

The application, which was thereafter scaled down from two to a single site in that resort town - the Norman Manley Community Beach, formed a part of the US$132,000 test case for the technology which was developed and refined by Hydros Coastal Solutions, Inc, a corporation with headquarters in Miami, Florida.

It should originally also have been applied to Long Bay Beach in Negril. That changed following a May 14 meeting between Pickersgill and local stakeholders.

NEPA said at the time that the meeting had seen "consensus reached for reduction of [the] area to be treated in Negril as a pilot".

NEGRIL OUGHT NOT BE USED

Environment advocate Diana McCaulay insisted then that Negril - worth millions in tourist dollars to Jamaica annually but which has seen significant beach erosion for more than a decade - ought not to be used as a test case.

She told The Gleaner Monday that she was now eager for the results, which had been some time in coming.

"I am glad to hear that they have got some results and await the results, though it has taken too long and far too little transparency has attended the whole thing," said the Jamaica Environment Trust CEO.

Meanwhile, Knight would provide no precise details on the findings, but hinted that they would not be injurious to the Authority, which had taken flak over the application last year.

"I would think that we are satisfied at the initial scientific and technical work we did, including the review. I am satisfied that it is going to show that we did a good job," the NEPA boss said.

Once the NRCA and the minister have been briefed, he added: "I think we will be free to discuss the findings."

ShoreLock is counted among the strategies being used to arrest the beach erosion in Negril and was adopted under the US$1.7-million Government of Jamaica/European Union/United Nations Environment Programme Climate Change and Disaster Risk Reduction Project, which concluded last December.

The 38-month project was intended to "assist various government agencies in rehabilitating watersheds; improving coastal protection; increasing climate change awareness; and in building capacity at the national level to tackle climate change adaptation", according to information from the Planning Institute of Jamaica website.