Aram Zerunian is Hotelier of the Year 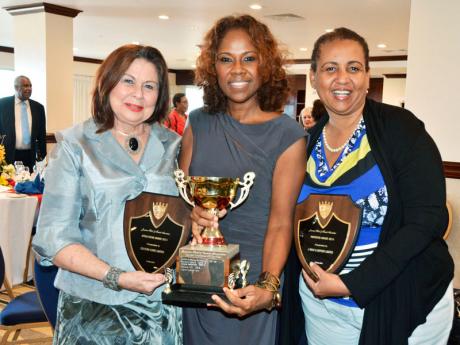 From left: Dolphin Cove's Marilyn Burrowes poses withher trophy forAttraction of the Year with Tourism Employeeof the Year, VIP Attractions' Tricia Hagley, and Greta Bogues of Wray and Nephew, who copped Purveyor of the Year. 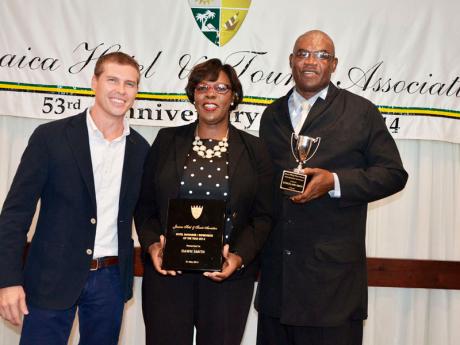 Sandals Resorts copped both the Manager/Supervisor of the Year Award and the Hotel Employee of the Year Award. The hotel chain's chief executive officer, Adam Stewart (left) poses with his employees Dawn Smith and Strickland Smith. 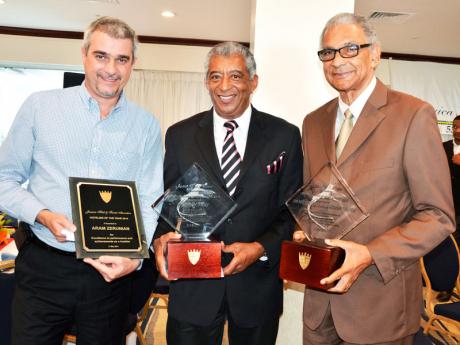 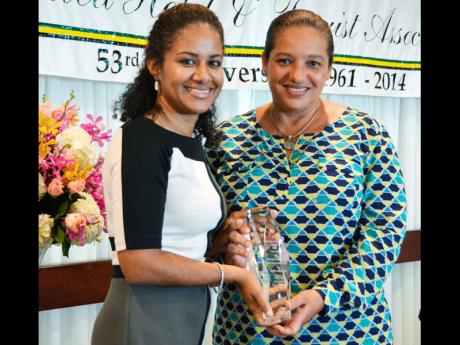 The prestigious Hotelier of the Year designation has again made its way to the fabulous Half Moon, A Rock Resort in Montego Bay, with the resort's general manager, Aram Zerunian copping the coveted title last Saturday in Kingston.

Zerunian, along with former Tourism Minister Francis Tulloch and veteran Merrick Fray stood tall in the Talk of the Town ballroom at The Jamaica Pegasus hotel as the distinctive tone of Donna Haynes' voice read their names at the Jamaica Hotel and Tourist Association's (JHTA) 53rd Annual General Meeting.

Both Francis and Fray received Lifetime Achievement Awards from the private sector tourism organisation for their outstanding contribution to the industry, while Zerunian, the consummate hotelier who has dedicated 25 years of his life to the various aspects of resort operations, took home the prized award.

This was his second time having won the Elegant Golf Resorts' Best Director Award as the most generous and hands on hotel director in their portfolio.

The Austrian born Zerunian, has earned the right to call Jamaica home. He began as an executive assistant manager at Trident Hotel and Villas in Port Antonio, and has worked at Plantation Inn and Sandals Ocho Rios.

He has worked at Half Moon for 13 years, where he currently leads a team of more than 800.

Dolphin Cove was named Attraction of the Year, Jewel Dunn's River was awarded for their smart use of energy, JetBlue was named International Airline of the Year, while Jamaica Tours copped Local Transportation Provider.

See more highlights of the awards in next Wednesday's Hospitality Jamaica.