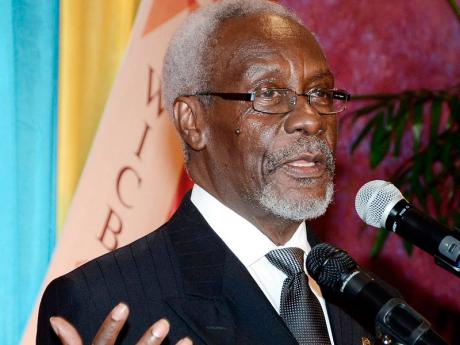 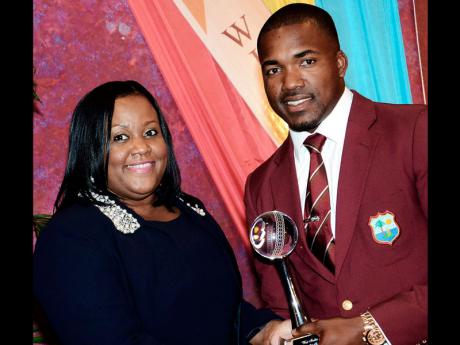 Natalie Neita Headley, minister without portfolio in the office of the prime minister with responsibility for sports, presenting the West Indies Cricketer of The Year award to West Indies batsman Darren Bravo. The presentation took place at the WICB/WIPA awards ceremony held at the Pegasus Hotel, New Kingston on Thursday night. - Winston Sill/Freelance Photographer
1
2

Former Prime Minister PJ Patterson said he is pleased that the West Indies Cricket Board (WICB) and the West Indies Players Association (WIPA) have buried the hatchet, and are working together for the good of regional cricket.

"A few years ago I was a part of a team that put together a governance report that sought to outline the best ways forward for West Indies cricket," said Patterson, the keynote speaker at Thursday nights's WICB/WIPA Player Awards ceremony at the Jamaica Pegasus Hotel.

"One such recommendation was the call for an end to internecine warfare between the board and WIPA. This was in a bid to remove the master/servant relationship, and to accord our players the respect and dignity they deserve. Thankfully, this stained relationship seems to be a thing of the past," he added.

The current chairman of the Caribbean Premier League Cricket Committee, also commented on a variety of topics affecting West Indies cricket throughout his presentation.

Top among these were the role by Sir Frank Worrell in establishing WIPA, and the business of cricket, and how the WICB needed to "capitalise" to benefit of the region.

"Worrell should be made a patron saint for the significant role he played in setting up a players' body, whose main purpose is to defend their wants and needs," said Patterson, who also went on to give an example of Worrell's contribution.

"The WICB (back then) refused his request for a modest fee to tour India in 1948. The following year," he quipped, "Worrell scored 684 runs for a Commonwealth side, which struck the board, and, entitled cricketers to start earning a reasonable wage for their craft."

The awards ceremony honoured players for their performances during the 2013 calendar year, saw young batsman, Darren Bravo, walking away with the major West Indies Cricketer of The Year award.

The left-hander, who during the year scored his maiden Test double century, also took home the West Indies One-Day Player of The Year award.

Off-spinner Sunil Narine, all-rounder Dwayne Bravo, and batsman, Devon Smith, were the other West Indies Cricketer of The Year nominees.

Woman Cricketer of The Year

Elsewhere, the women's Cricketer of The Year Award went to all-rounder Stafanie Taylor.