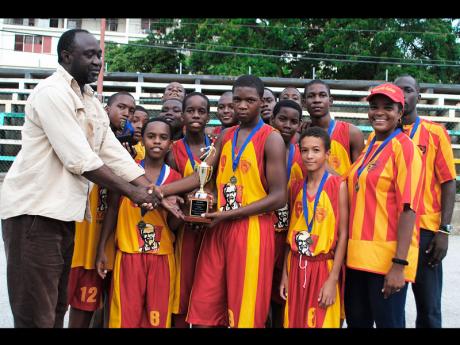 Spot Valley guard Shamar Bucknor had a game-high 18 points, to go along with two rebounds and four blocked shots, but it was not enough to take them to victory over Cornwall, for whom Ryan Whyte scored 12 points.

Both schools ended the first quarter tied on eight points, but by half-time, Cornwall grabbed the lead by a three-point margin, at 18-15.

They continued pouring in baskets with Whyte and Jahvane Wilson, who chipped in with eight points and eight rebounds, leading the way, as Bucknor tried almost single-handedly to bring Spot Valley back into the game.

Alwade Thompson added eight points, two rebounds and six steals in the third and fourth quarters, respectively, leading Cornwall College to a combined four points that made all the difference in the end.

In the third place play-off, William Knibb failed to show for the match, which was ultimately awarded to Muschett by a walkover.

Both Cornwall College and Spot Valley will now look to book spots in the all-island championship, which is scheduled for Wednesday, June 11, at Montego Bay Cricket Club, starting at 9 a.m.

It will feature four other schools, all winners and runners-up in the central and eastern conferences.