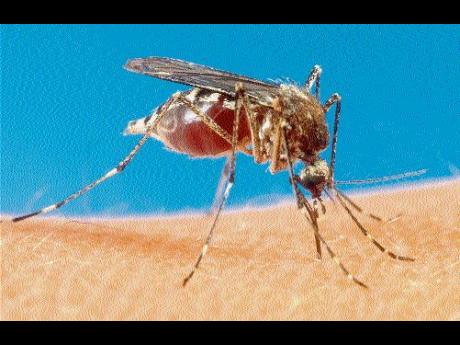 There is clear and imminent danger being posed by Chikungunya, which is new to the Caribbean and the Americas. It can impact our health, and so we need to learn about it and the preventative measures.

Chikungunya is a mosquito-borne viral disease that was first discovered in Tanzania in 1952, but has since spread to nearly 40 countries in Africa, Asia, Europe, and the Americas.

Some eastern countries affected include India, Thailand and Indonesia. However, in December 2013, it was discovered in St Martin and has since spread to Anguilla, St Kitts/Nevis, the British Virgin Islands, Dominica, Aruba, Haiti, Dominican Republic, Guadeloupe, Martinique, Antigua and Barbuda, St Vincent and the Grenadines, Guyana, Panama, St Lucia, and the United States of America, with large numbers of persons being affected and with the rapid spread. So we are clearly in its firing range.

Chikungunya is spread by female mosquito bites, specifically Aedes aegypti and albopictus. Aedes aegypti lives and breeds around both indoors and outdoors, and is present in Jamaica. It can use flower pots and other containers holding water.

The disease is characterised by fever, disabling joint pains, muscle aches, nausea, headache, weakness, and rash. It may be confused with dengue fever. The symptoms develop between two to 10 days (mostly four to eight days) after contracting the virus. Most people recover from the condition in a few days to weeks but, unfortunately, some persons continue to have the joint pain for months to years. Some persons may also have eye, nerve, and gastro-intestinal symptoms, and it may even contribute to the death of the elderly!

There is no cure or vaccine available for this disease yet (in development). Treatment is primarily aimed at relieving the symptoms, e.g., pain-relievers and fluids. Prevention is, therefore, the cornerstone of intervention. Public-education measures are, therefore, urgent!

Measures need to be taken to reduce the numbers of the mosquitoes around, such as fogging. The potential breeding sites need to be reduced by proper disposal of water-collecting containers, cutting bushes around the homes and institutions, and treating stagnant water with larvicides.

Biting opportunities also need to be reduced by wearing well-covering clothes, using insect repellent on clothes and mosquito nets, using mosquito mesh on windows, and closing windows at times when the mosquitoes are most active (early mornings and late afternoons). Mosquito coils and vapour can also be used indoors.