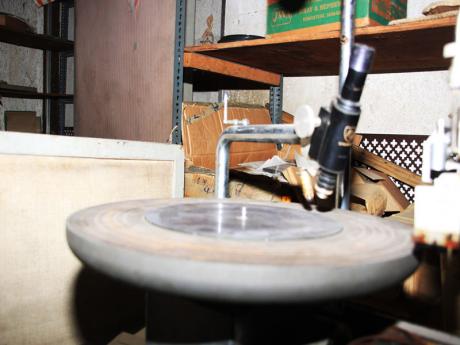 Plate of the record cutting machine. 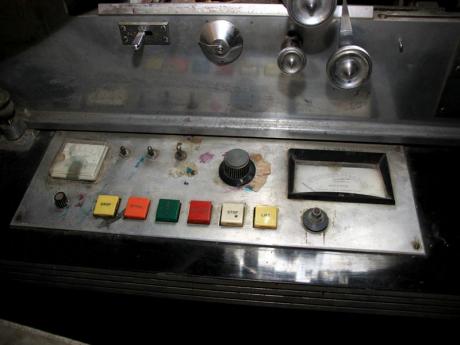 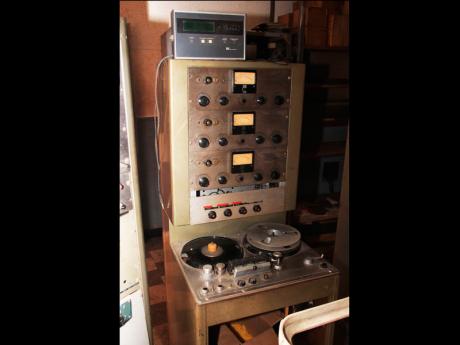 One of the recording equipment at Randy's 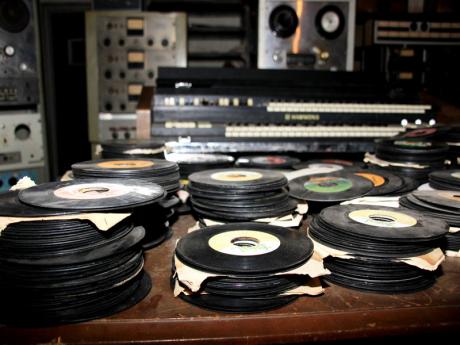 Sounds of silence: A stack of vinyl in the recording studio. 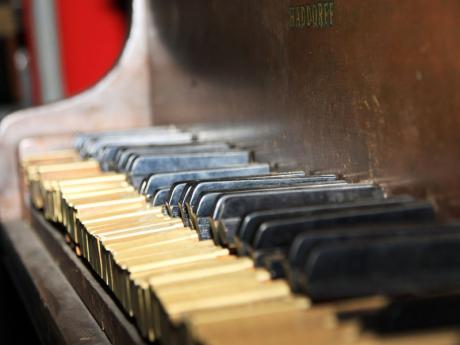 The yellowing ivory on this keyboard at Randy's is a reminder of the glory days. 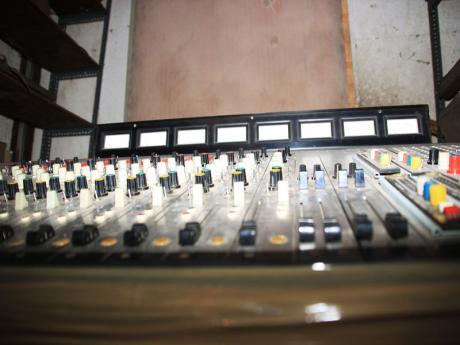 Mixing board at Randy's which nurtured several of Jamaica's well known musicians. 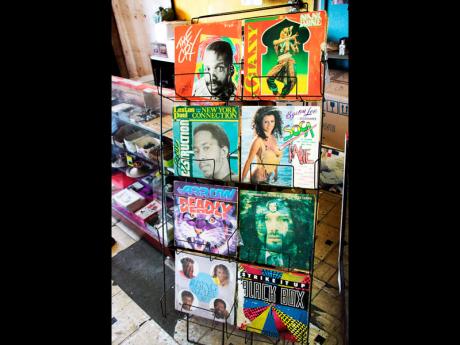 LPs with music across genres for sale at Randy's. 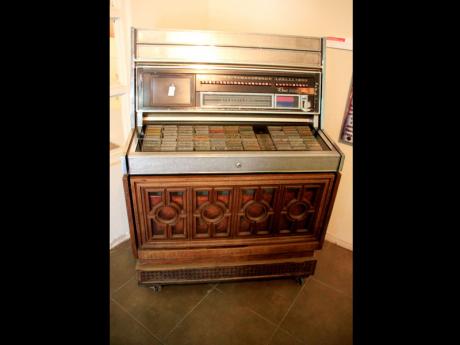 A jukebox at the Institute of Jamaica - the MP3 player of yesteryear. 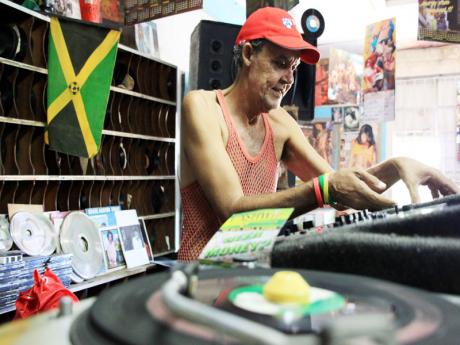 Reminder of the golden era of Jamaican music: Carl Lauder started working when he was a teenager and has since kept going.-Photos by Amitabh Sharma
1
2
3
4
5
6
7
8
9

Carl Lauder gently pulls out a record from its cover, dusts it and places it on the turntable, gently placing the needle on the groove, and lets the player turn out the sounds of music. Lauder is not a fancy disc jockey, in Randy's Record Mart in Parade, downtown Kingston - a melting pot of the city - he is striving to preserve and keep a musical tradition alive.

"I have been working here (at Randy's) since I was a teenager," said Lauder, as he meticulously wiped traces of dust from an LP (long play) record. "I love what I am doing and this gives me the motivation to carry on."

Lauder is a lone soldier, treading the path to keep the romance of analogue tones alive in the 21st-century digital world. Randy's is testimonial to the crests of the island's musical history.

He, along with his wife, Patricia, established VP Records in the late 1970s - V for Vincent and P for Pat.

Surrounded by cubbyholes, and records interspersed with raunchy and racy posters hanging from the ceiling, the store is encapsulated in its own mysticism and charm and the crackling music emitting from the turntable.

A dimly lit passageway from the store leads to the once-bustling recording studio, which now whispers the sounds of silence. The scenario transcends one to the Thomas Alva Edison's phonograph, and a tungsten carbide bulb hanging from the ceiling lights up the room.

Recording equipment, on which flowed the creative juices of Jamaica's music greats - The Maytals, Alton Ellis, Ken Boothe, Stranger Cole, John Holt among others - made music here. Now, the equipment sits crammed into the room, bathed in yellow, the light from the bulb and the colour of ageing.

"This is a fully equipped studio," Lauder said. "From recording the music to developing the master recording, everything is done here."

Like a musical composition, making a vinyl is a mix of art and science, requiring precision, engineering, and subtle handling of the final product.

"First, a creative is made. This is where sound engineers perfect the recording," said Lauder. "Then lacquer (a synthetic material) is put on a record-cutting machine to cut grooves into the disc."

This is the first cut of the recording, which is then coated at a production company in metal to make the master; like transiting between musical notes, when the metal is separated from the lacquer, it has ridges on it; this is the stamper.

The imprinted lacquer is then sent to a production company.

There, the lacquer is coated in a metal, such as silver or nickel, to produce a metal master. When the metal master is separated from the lacquer, the resulting disc has ridges instead of grooves. Patience to perfection can be summarised in the key to producing the perfect record.

"Stampers are negatives of the original recording which are used to make vinyl records," Lauder informed.

"One has to be careful to check if there are any lock grooves, which means that the record will get stuck when it is played," he added.

To make records, the vinyl is pressed in the stamper, the plastic softened by steam, and the disc made firm by using cool water.

"We used to make 3,000 to 4,000 records back in the days, and this place used to be filled with customers," Lauder recalled, staring into an empty space and the breeze from a fan to keep him company.

But Lauder is optimistic, as there is a revised interest in records across Europe, with music aficionados opting for this analogue playback medium.

"I am hoping that the good old days come back," he said. Till then, Randy's and Lauder keep the grooves moving and the 'food of love to play on'.