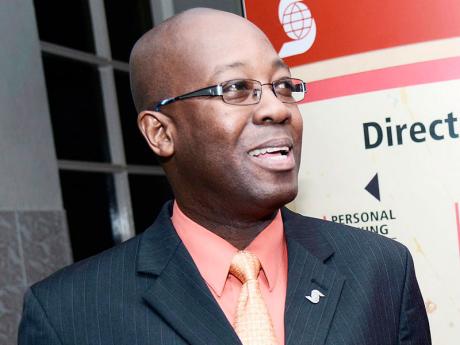 There was a time when insurance sellers in the life segment would roll out a different policy for each kind of coverage they wanted to sell - critical illness, death benefits or equity-linked investments.

But shelling out cash for different policies is now no longer a requirement, says President of Scotia Jamaica Life Insurance Company, Hugh Reid, ahead of the launch of a new life product, Affirm, that fits that bill on Wednesday.

The new policy essentially offers its buyers a combo deal as an equity-linked universal life product, which also provides critical-illness coverage. Minimum coverage available is $1 million, while the cost of premiums depends on age and medical fitness

Affirm is the third product in Scotia Insurance's equity-linked portfolio. It joins Scotia Mint and Scotia Bridge - an approved retirement scheme - which together delivered revenue of $6.7 billion to the insurance company in 2013.

The new product is intended to refresh the segment, which saw a reduction in revenue year over year of $300 million, coming from $7 billion in 2012.

Life-only premiums attract a much smaller market, but nevertheless, saw revenues moving from $1.7 billion in 2012 to $1.9 billion at financial yearend in 2013.

The market has been affected, Reid said, by a fall-off in interest rates, while some Jamaicans have been looking overseas for alternative investments. Affirm also aims to tap into that business and bring it back home.

"We have a number of strategies to improve the value propositions in our product lines. We are also looking at our distribution strategies so we can reach a much wider customer base." Reid said.

Insurance penetration in Jamaica is extremely low, especially compared to The Bahamas, where spend on insurance per capita is US$1,000, said the insurance executive.

Spend in Jamaica is US$100, which tracks behind Trinidad, where per capita insurance spend is US$200.

"Nine out of 10 Jamaicans do not have pension savings," Reid said, so it is an area in which Scotia can tap further to improve its distribution lines, he suggested.

Affirm is for the buyer who wants all the benefits of life insurance while earning returns on their fund, said Reid. Critical illness is available as a rider to the policy

Reid notes that before Affirm, the maximum coverage the company could offer was $5 million, but now subscribers to the new policy can buy as much coverage as they can afford. It will provide coverage up to age 100.

"Buyers of life insurance buy a promise. We will ensure we are around to deliver," he said, citing Scotiabank's long history.

The company paid out $7.2 billion to beneficiaries in 2013, which Reid states was the highest payout of any local insurance company for ordinary life alone.

Scotia Insurance has assets of $52 billion or 22 per cent of the $229 billion in assets held at yearend 2013 by the island's six life insurance companies.