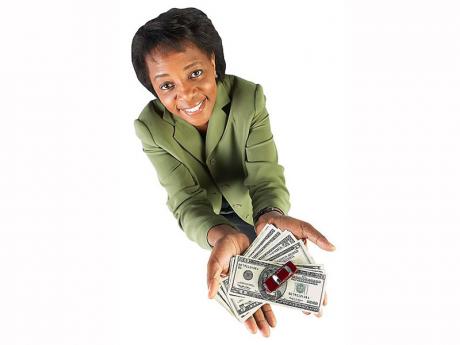 QUESTION:Last year April, my 2005 Honda Fit was written off in a motor- vehicle accident. The driver of a Toyota Coaster Bus collided with the car. My car was not insured. I have received neither acknowledgement nor feedback from the third-party insurers about the status of my claim which was submitted through my broker. Can anything be done to accelerate the settlement of my claim? I have since lost my job, and the credit union, which has a lien on the car, is threatening to sue me.

HELPLINE: I am still amazed, even after writing this column for nearly 17 years, how some subjects, quite by chance, seem to develop lives of their own.

The question that you asked me last Saturday is tied directly to last Sunday's piece: 'Driving without insurance is plain stupid'. That article was written a few days before your email.

It ought not to be concluded that I was referring specifically to you or was describing your decision not to insure in a less than favourable way. As the hundreds of persons who attended last week's Calabash Literary Festival in Treasure Beach, St Elizabeth - and a few days before that - the minister of state in the Ministry of Tourism & Entertainment were reminded words are powerful tools. Speakers and writers have a duty to express their ideas with care.

I wish that I could, by some acts of magic, make your problems disappear. But since I can't, I will try to use my limited powers to link the third-party insurer's non-response to your claim with the credit union's threat of legal action. But first, a question: Why do have an insurance broker when your vehicle was uninsured?

The third-party insurer's lack of action could be due to two things.

The first is that they may have concluded that you caused the accident. Arising from this, plus the fact that your vehicle was not insured, they may have taken a practical decision not to make a claim against you.

The other possibility is that they may have decided to ignore your claim as a form of punishment. That can be justified on the grounds that you were seeking to obtain compensation from funds to which you had not contributed. I do not have any information to suggest that this is what actually happened.

There are no provisions in The Motor Vehicles Insurance (Third-Party Risks) Act or the insurance regulations that give insurance companies the right to punish persons who choose to disobey the law that makes motor insurance compulsory.

On the other hand, there are economic incentives - and some would argue moral arguments - for insurers to put claims like yours on the back burner.

Banks, other lenders and credit unions depend on insurance companies to protect the assets which are offered as security for loans from loss or damage.

In your case, one of the conditions in the loan agreement that you signed would have said that the motor vehicle was to be comprehensively insured. Another would have transferred the rights of ownership of the car from you to the credit union in the event that you defaulted on the loan.

Since the asset, in the form of the motor vehicle, no longer exists, the prospects of obtaining recovery appear very remote; and you appear unable to service your loan due to the loss of your job, it is very clear why the lender is threatening to sue you.

The bad news, unhappily, does not stop there. Unless you negotiate a settlement agreement with the lender, your name will be dragged into the toilet and you may be unable to get another loan in the future. Chances are that your name may be reported to the credit bureau and you could end up paying a much higher interest rate for any loan that you negotiate in the future.

Can anything be done to solve the series of problems that you have been having? Probably. I suggest that you retain the services of a professional who specialises in negotiating claims with insurance companies, or get a lawyer.

It would not be in your interest to surrender without a fight. In the meantime, I hope that you have a much clearer understanding why it is imprudent to drive a motor vehicle without insurance.

Cedric E. Stephens provides independent information and advice about the management of risks and insurance. For free information or counsel, email: aegis@flowja.com.