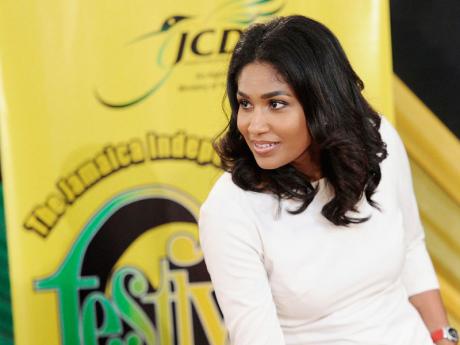 Usually, Jamaica Festival refers to the week of celebration from July 31 to Independence Day.

Hanna announced that the Ministry of Youth and Culture had decided to brand Jamaica Festival as a season of activities beginning in June and culminating on Independence Day.

The redesigned Jamaica Festival includes an expansion of activities to incorporate most areas of the cultural and creative industries including literature, film, television, culinary arts and fashion.

The programme also increases focus on parish and community activities in order to widen the identification, development and showcasing of talent islandwide.

In this regard, the ministry is introducing the Big Stage - a talent search competition at the community and parish levels which will provide exposure for creative talent and present an opportunity for development through the Jamaica Cultural Development Commission's new artiste management programme.

At the same time, the ministry is introducing the Aunty Roachy Festival (named for the character created by Louise Bennett) to showcase the storytelling talent of Jamaica's literary, film and television communities.

Announcing the call for scripts for the short film competition (forms available at www.cptcjamaica.com), Hanna said the redesigned programme - which also includes the Heart of Ska International Festival, the Dutchie Culinary Festival and Live Music Tuesdays, National Independence Exhibitions and Independence Signature Conversations - reflected the Government's determination to enhance the contribution of culture and the creative industries to the national economy.

"In the spirit of not leaving our cultural development to chance, we have made the strategic and deliberate decision to enhance the Jamaica Festival programme by reviving, revitalising and adding new activities to the season of celebration and reflection. Culture is an economic catalyst that we must maximise for the benefit of our people," said Hanna.

Hanna said that Jamaica Festival would continue to ensure that Jamaicans "never forget the ancestors who fought for and attained our Emancipation and our Independence" and be "inspired by their example of triumph in the face of adversity".

The minister said the celebrations would also be used to emphasise the importance of family values through the first-ever National Family Day.

"I really wanted to do this as a way of helping to heal the Jamaican family. Many of the challenges that our children face are directly related to problems in the homes. If we can fix the families, we will fix Jamaica."

Hanna also appealed for support of the reintroduced Independence Ball, a major fundraising event to improve conditions for children in state care.