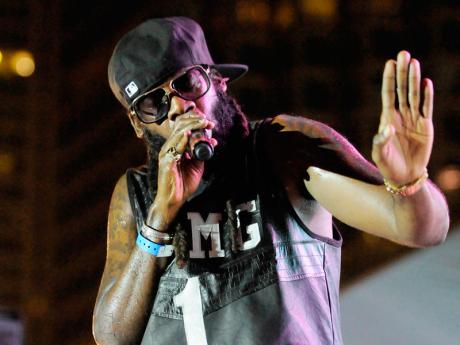 Tarrus 'Singy Singy' Riley is known for his soulful tracks and smooth vocals, so when he released his latest track, many were surprised to see the artiste up the tempo.

When The Sunday Gleaner caught up with Riley, the Push It to The Limit singer said versatility was key to maintaining a successful career.

"As an artiste, you always have to step out of your comfort sound and try new things. It is very important to be diverse, and your music should always reflect that," he said.

He then went on to say that the song displays a lighter, more fun side of him, a side not many get to see often enough.

"The song is fun and has the ability to connect with the youth population even more."

The music video for the song was produced by Chimney Records and was released late last month.

Directed by RD Studios, the video shows shots of Riley dancing and playing hide-and-seek before he and a group of friends join Chi Ching Ching for a party in the forest.

Unlike Riley, Chi Ching Ching has already tried his hand at EDM with his remix of American rapper Lil Jon's Turn Down For What.

Ching's original remix was a solo effort, but following his release, another version emerged, featuring dancehall deejays Assassin and Konshens.

The latest remix of Chi Ching Ching's song has been making the rounds on the music scene, with many dubbing the track one of the songs to take over the entertainment space this summer.

EDM group Major Lazer last year predicted that Jamaica was a strong potential market for the genre, and in recent times, many artistes, including OMI, Konshens, Assassin and up-and-coming dancehall star Rayted, have given into the EDM craze now blanketing the music industry.