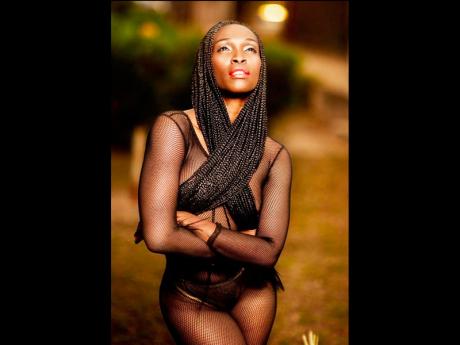 She was one of the hottest female deejays in the music industry during the 1990s before she disappeared from the music scene.

But today, an effervescent Patra is ready to make her comeback and wants the world to know that this time, she's here to stay.

In an interview with The Sunday Gleaner, Patra revealed her plans for a musical takeover, saying her time away from the entertainment scene has allowed her to mature. Though she is not keen on changing her image, the artiste believes she has now come into her own.

"It's been years that I've been trying to come out, but people that have approached me to work with them didn't understand my image, and that's something that I've fought to preserve for years."

Patra also expressed that she is now in complete control of her career and has duly titled her upcoming album, Patra.

"The album is about feelings, emotions, me as a person expressing how I feel, the real Patra. It is very message driven and it's something everyone can relate to."

Many saw her as a sex symbol in the early stages of her career, and it was a title the entertainer seemed to embrace.

"The sex symbol is back on the arrival, and when you hear this album, you will understand. I wouldn't want to be seen as anything else; it just wouldn't make sense. A woman should always be confident in expressing herself, and for me, that's natural."

The album, which is expected to be released in October, will feature Patra sampling genres outside of dancehall. "I consider myself to be an artiste, I do music. I can go into any genre - reggae, dancehall and crossover into R&B," she said.

Not ready to give away too much about the album, Patra simply stated, "It is my best work yet."

She also believes that when an artiste brands themselves as a dancehall or reggae artiste, they miss out on opportunities to make it into the international market.

"I see where we've lost a lot of sting from an international standpoint because of that branding. You don't only do music for you, but you do it for the fans and to take Jamaican music to a different place."

Patra also told The Sunday Gleaner that a musical comeback is not the only thing on her agenda as she recently completed her autobiography. That is soon to be released and will be followed by a cookbook and a TV show.

Giving credit to her musical partner, Mark Johnson, and her publicist, Claude Mills, Patra said she has the strongest team supporting her career.

She is set to release two singles in the coming weeks and said fans should look forward to numerous video releases as time progresses.

The song titled Lady Patra is featured on the Australian singer's most recent album, The New Classic.