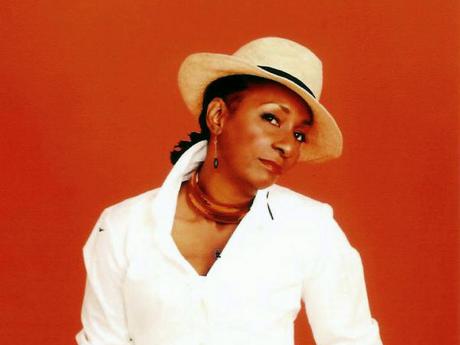 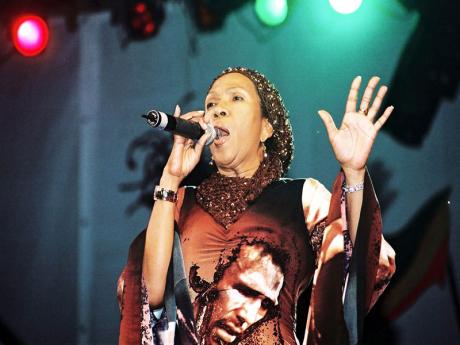 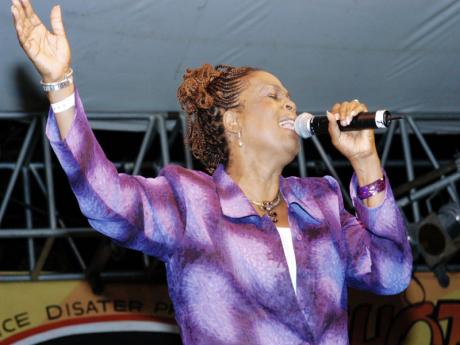 Marcia Griffiths may easily have been the artiste who benefit most from Bob Andy's writing. He, not only wrote songs for her at the beginning of her career, but literally taught them to her line by line.

Beginning as a nine-year-old on a 1964 Easter morning concert at the Carib Theatre in Cross Roads, the songs became the foundation on which Griffith built an illustrious career, which has spanned 50 years.

Griffiths abundance of hits and her ability to remain current and consistent over 50 years, has no doubt earned for her the title, 'The Queens of Reggae'.

Her earliest hits, written by Andy and produced by Studio One monarch, Clement Dodd, included, Tell Me Now, Truly, Mark My Word, Melody Life, and the first of the batch, Feel Like Jumping, which came at the turn of the rocksteady-reggae transition of 1967-1968.

Feel Like Jumping, arranged by keyboard maestro, Jackie Mittoo, was unusual in its rocksteady construction, and even included a few 'vocal grunts' by Mittoo.

Many musicologists claim it was the inspiration behind one of the biggest reggae songs of the 20th century, 5446 Was My Number by Toots and The Maytals.

All these early pieces represented a significant chunk of Dodd's early rocksteady works. But perhaps the one that was a favourite among Jamaican dancehall fans was, Mark My Word, a smooth rocksteady melody. The lyrics provide assurance to a lover.

I'm gonna make you mine

till the end of time.

I'm gonna build my world around you.

Mark my word, I'm gonna be your girl.

The words turned out to be unfulfilled promises.

These early forays of Griffiths, were perhaps the beginning of a trend, that saw women gradually emerging between 1967 and 1972, from a male-dominated field.

Over by Treasure Isle Studios, Studio One's main rival, the songbird Phyllis Dillon, was kicking up a storm with hits like, The love that A Woman Can Give A Man, Don't Stay Away, Perfidia and I Only Have One Life to live/One Love To Give, in which she positively declared:

Win or lose, this is my game to play.

Right or wrong, I'll play it my way

And if I make mistake

It's my own heart that break.

I only have one life to live

I only have one love to give.

Perhaps the most melodious voice in early Jamaican music, Dillon made a spectacular entry with, Don't Stay Away. In perhaps rocksteady's most haunting evocation of girl's first love, she emphasised:

you wouldn't stay away.

Hopping back to Studio One, we find Dawn Penn with an amazing story, connected with the ever popular, No No No, You Don't Love Me. The song, an original by a blues singer named, Willie Cobbs, was adopted by Penn and recorded in 1967 for Studio One.

It became a moderate hit and, thereafter, the name Dawn Penn all but disappeared for some 20 years, until she was summoned to perform at a Studio One tribute, at which producers Steely and Clevie were present.

The duo embraced the performance of the song and proceeded to re-record, produce and include it in a 1992 special project, they were doing for the United States-based reggae label, Heartbeat Records.

The recording revived the career and fortunes of Penn, as it again became a big hit at home and abroad.

Norma Frazer, who began singing in duet with Lord Creator on We Will Be Lovers (1961) for Randy's Records, also had a massive hit at Studio One with, The First Cut Is The Deepest, which had the biting lyrics:

I would have given you all of my heart,

but there's someone who has torn it apart,

and he had taken almost all that I've got.

Judy Mowatt did some eary 1960s recordings for female producer, Sonia Pottinger - I'm Alone, I Love You, Too Good For Me, before forming the Gaylettes and having the rocksteady hit, Silent River Runs Deep.

As a member of the I-Threes, Mowatt did backing vocals for Bob Marley on most of his Island Records albums.

She was one of the few women at the time to produce her own album, Black Woman.

The Cuba-born, Alpharita Constancia Anderson (Rita Marley), also a member of the I-Threes, and widow of Bob Marley, created some initial impact in the early to mid-1960s with songs like, Pied Piper and De Pon Dem. She first recorded for Studio One with her group, The Soulettes, with her cousin, Constantine Walker, and Hortense Lewis. Her 1981 recording, One Draw, was perhaps her best-known hit.

Lorna Bennett, like Marcia Griffiths, was born in the early 1950s, and will always be remembered for her 1972 hit, Breakfast In Bed.

She was spotted by producer Harry Johnson, who recorded the song for her.

As the disco era dawned in the mid-60s, she demonstrated her versatility with one titled, Dancing To My Own Heartbeat.

Cynthia Schloss, coming onto the scene at around the same time, became known as 'The Jamaican songbird' and immortalised her status with the never-to-be-forgotten Harold Butler penned, Love Forever, followed by Surround Me With Love, You Look Like Love and As if I Didn't Know.

Carlene Davis, operating during the 1964-1972 period, showcased quite an impressive output, while she sang secular songs during her early career.

Mostly orchestrated by her husband, the renowned producer/promoter/vocalist, Tommy Cowan, Davis became a very popular draw at dances and stageshows, with hits like, The First Word In Memory Is Me, Like Old Friends Do, Stealing Love On The Side, and Going Down To Paradise.

Millicent Todd (Patsy), sang many hits in duet with Derrick Morgan and Stranger Cole during the ska and rocksteady eras, and distinguished herself with a few solo pieces as well, while Nora Dean will always be remembered for her big early 1970s hit, Barbwire, a version of the Techniques rocksteady hit, You Don't Care For Me.