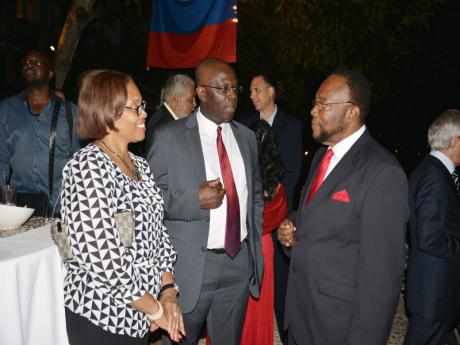 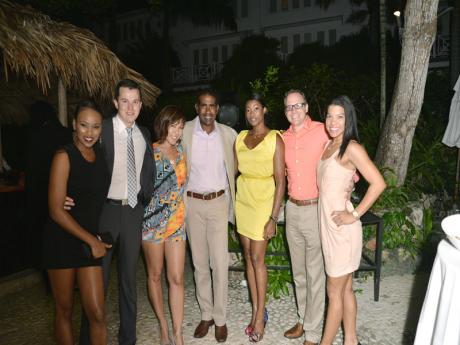 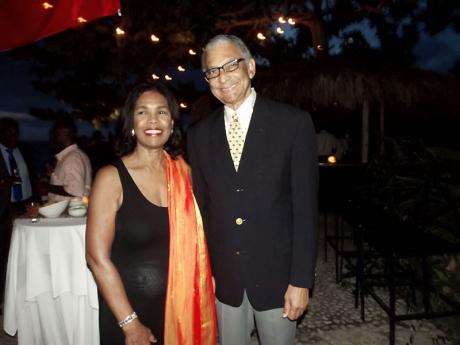 Honorary consul of the Russian Federation in Montego Bay, Francis Tulloch, shares the evening of his investiture with wife, Doreen. 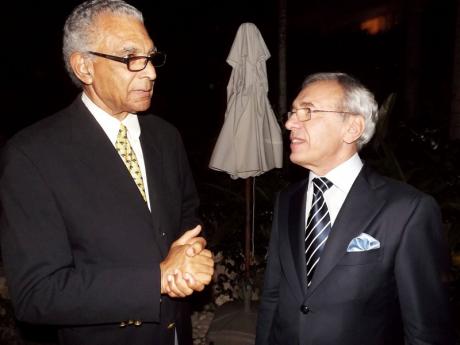 The Russians are here and there was great camaraderie with them at the Round Hill Hotel on May 27, when former Jamaican politician Francis Tulloch was invested as the first honorary consul of the Russia Federation in Montego Bay.

Russian Ambassador to Jamaica, Vladimir Polenov, was on hand to do the honours. There were smiles all around as he and Head of the Consular Section Andrey Dryakin welcomed guests to the swanky five-star resort on a bluff overlooking the azure waters of the Caribbean Sea.

Ambassador Polenov said Tulloch's consular district included the parishes of Trelawny, St James, Hanover, and Westmoreland. He invited guests "to consider the appointment of Mr Francis Tulloch ... as a tangible and significant sign of the willingness and readiness of our country (Russia) to actively develop bilateral ties with Jamaica in the fields of tourism, economics, and culture; to enrich them with new substance (and) steadily expand Russian presence in Jamaica."

He was pleased that "we have here a lot of true friends and reliable partners and sincerely wish that we will have more." He also anticipates that Tulloch "will actively contribute to this from his side, which is in the mutual interests of our two countries and peoples."

Francis Tulloch, a lawyer, is also a notary public, a businessman and former minister of tourism. With his appointment coming at a time when Russia is under the world microscope, Ambassador Polenov pointed to what he said was the basis of the Federation's approaches in international affairs, namely, "In the dynamic world of today, it is very important to have a productive attitude, equal interaction, mutual respect and attention to the interests of each other, and the desire to work, on these grounds, on mutually beneficial projects."

He continued, "autonomy, independence, pragmatism, openness and a multi-vector approach form the main features of Russian foreign policy," he reinforced that "no confrontational line or striving to win in playing geopolitical games, but forming a unifying, positive agenda can help to address the actual problems at the regional and global levels."

As the Russian Federation seeks to strengthen relationships, Ambassador Polenov said, "We are trying together with our partners in the Government of Jamaica to further make shorter the path to each other, actively work on the draft of a bilateral visa waiver agreement, continue the tradition of scholarships for Jamaican students studying at our universities and financed from the state budget of the Russian Federation."

The Ministry of Tourism and Entertainment has been actively targeting Russian tourism and has introduced a Russian language course for workers in the industry. Ambassador Polenov said his people truly loved Jamaica with its "remarkable culture, outstanding achievements in the field of sports, friendly and hospitable people, unique landscapes, and its tourist variety."

Last year, more than 12,000 Russians visited Jamaica; an increase of more than 600 per cent over the previous year.

Russian presence in Jamaica is also felt through a Jamaican-Russian Friendship Society founded a year ago. Tulloch lauded the Russian culture, giving special commendation to their ballet and expressed a desire to have a Russian ballet performance in Montego Bay soon.