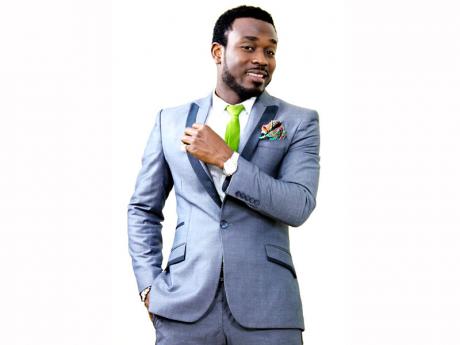 Prodi (formerly Prodigal Son) is all set to release his latest creative work, an EP titled Voice of the People on Wednesday, June 18.

The EP, which he describes as a "mixture of everything, a music lover's album, a perfect one-pot - a little meat, a little vegetable, something for everybody", will be unveiled at Brian Lumley's swanky 689 eatery at 20-22 Trinidad Terrace in New Kingston at 8 p.m.

There is one thing, however, that the EP will not be.

"It is not a gospel album! It's a rebranding, a reinventing of me as a new product," said the man born Calvin Curtis Whilby.

Since his entry into the entertainment industry as Prodigal Son back in 2001, when he released Radikal Prodigal on the Main Stream Music label, Prodi has won a number of awards as a gospel artiste.

He was the Jamaica Federation of Musicians' Best Male Gospel Vocalist in 2002 and Irie FM's Gospel Artiste of the Year 2006. He also won Marlin Awards for Outstanding Reggae Recording of the Year as well as the US Urban Gospel Award for Best Producer and Best Caribbean Artiste.

However, after more than a decade in the business and 10 albums, there have been signs that Prodi was seeking to expand his musical range.

It was something he was grappling with for some time. In November 2013, he told The Sunday Gleaner that he wanted to go mainstream.

"I have a right as a Christian to express Christianity. In the same way, I have a right as a citizen to share views about social issues such as the economy, crime, etc. My music will always be palatable. Nothing distasteful or anything like that. That's not my belief," he said then.

This rebranding, he said, is now in full effect.

"The rebranding is removing all labels," he said when he sat down with The Gleaner recently.

"So it's not saying whatever artiste I am or am not. I am just an artiste. I want people to see me for my art. I want people to see me for the dynamic range and the technique that I am blessed with. Every day things evolve, so the rebranding is to reach out to my younger fans, even to the adults to see something different and see a new side of you."

He said he is often asked if this means that he will stop doing gospel music and his answer is simple.

"If I am expanding and enlarging my territory, then it doesn't mean that I stop doing anything. It means that I add to what I am doing."

Being a gospel artiste, he said, had its limitations.

"There are many people who walk up to me and say, 'Yuh song dem bad, but I wouldn't play them in a certain segment in mainstream radio' because of the respect that they give to me," he said.

"Same thing with even shows. People will not call me for certain shows because they feel they would be overstepping their boundaries. What I want now is for people to see me as an artiste and you can call me for every show because positive messages are needed in every strata of life."

Those positive messages are contained in a number of songs on the EP that he feels will resonate with the listening public. Songs like Hustler's Anthem, Gone Too Soon, Me Know Jah, and Circle Small, he says, will find fertile ground with his fans.

"The mainstream dancehall is catching on to those and there are also songs on it that we are not necessarily marketing to Jamaica. They're for the wider world, so we'll see what happens with those."

Prodi says his marketing team is already doing on-the-ground work to promote the album and after the official release, more work will be done to spread the word.

"There will be continuous marketing in every area, television, radio, and social media. There are still a lot of avenues and we are still open to discussions from anywhere we can get help. It's the people's music so we want the people's input."