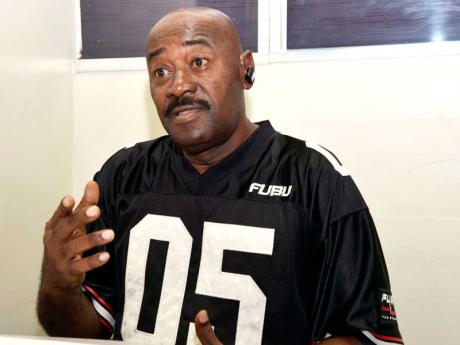 When Vincent Douglas first took the dance stage in west Kingston, where he was born, he could not have known that today, scores who were once under his tutelage would be playing starring roles as choreographers and he would be celebrated as one of the best to have emerged from Jamaica.

It was at the age of 19 that Douglas first ventured into this aspect of the entertainment industry.

Nearly half a century later, Douglas' teams, which comprise the communities of Tivoli Gardens and Denham Town have danced their way to enviable records, copping more than 100 gold, silver and bronze medals.

Now 67, the man who inspired young dancers in west Kingston more than 40 years ago is still at it, leaving his stomping ground to lecture at the Kingston Technical High School in recent years.

Many of his former charges are now tutoring students of their own.

"I am now competing against my teacher," declared Sandra Gardner, the choreographer at the Denham Town High School.

Douglas confirmed that Gardner, now established as an expert dancer, was taught by him.

"I am far from finished," he declared, asserting that his mission is not yet at an end.

But Gardner is not alone in her adulation of the man who has helped Tivoli Gardens to rule the roost in dancing competitions over the years.

Next week, Douglas will head to the United States, where Jamaican choreographers who have attained international stature will pay tribute to him.

The Kathanghah Dance Company and the Tivoli Dance Alumni will be honouring Douglas on June 15 at the Kumble Theater for the Performing Arts at the Long Island University in Brooklyn, New York.

Douglas unhesitatingly asserts that he treasures a host of memorable moments, comparable to the vast array of honours, awards and recognition coming his way.

But for him, the most treasured of all was in 1972, when Tivoli Gardens copped 12 gold and two silver medals, along with being awarded the Most Outstanding Community Group.

Douglas has, however, raked in many accolades for himself, including Best Teacher Awards and numerous certificates and trophies between 1970 and 2007.

But for all his achievements, Douglas is not only a choreographer extraordinaire. He has also established himself as an expert costume designer. In fact, it is his first-, second- and third-place awards for the design of a costume in the Jamaica Cultural Development Commission (JCDC) competition that he holds closest to his heart, along with the huge medal haul by his Tivoli Gardens team in 1972.

The JCDC has since established a trophy for Best Costume in Douglas' name.

Even as he celebrates his accomplishments, Douglas laments the lack of interest being displayed by youth to join dance troupes. To this end, Douglas is urging the JCDC to stave off the explosion of the spontaneous popular dances that do not embrace the technical expertise required in choreographic performances.