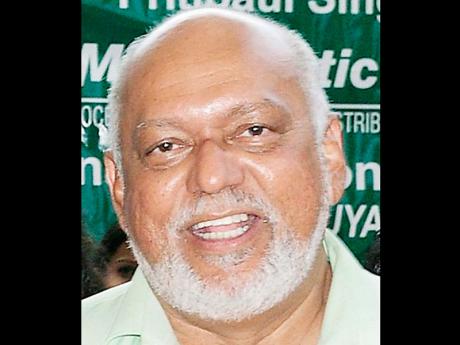 Guyana President Donald Ramotar says the decision by the West Indies Cricket Board (WICB) to pull the third Test from the National Stadium is a blow to regional integration and has rejected the assertion his government is meddling in cricket administration.

Speaking here Saturday, Ramotar said cricket had historically brought the region together and, therefore, the decision to scrap the National Stadium at Providence as a venue, was a "slap against the whole integration movement".

He described the WICB as "arrogant" and said he planned to have discussions with them at some point over the controversial Cricket Administration Bill.

"This is where I would lay the blame at this point in time. I will have a discussion with them and try to see if they could bring people together to find a solution, but they want us to drop some of the things in the Bill that was passed and some other preconditions," he stated.

"The arrogance of the West Indies Cricket Board is unbelievable. Imagine, they don't invest anything in cricket."

Ramotar defended the legislation, arguing that it brought accountability and transparency to cricket administration in the Guyana Cricket Board. He said these measures had been instituted because of accusations of corruption and election-rigging in the GCB.

A feature of the bill provides for the post of an ombudsman, who will be appointed by the Sports Minister and oversee all elections.

"It's totally untrue what is being peddled that government wants to interfere with cricket. We have enough problems on our hands than to want to get involved in the cricket politics, we got bigger politics to deal with," Ramotar said.

"I don't know how this Bill would have given government control of cricket as some of them are trying to make out."

The WICB said last week that Ramotar's failure to provide assurances he would not sign the bill into law forced them to pull the match against New Zealand from Guyana.

Noting they had "serious reservations" about the bill, the board said the legislation "thrusts the administration of cricket in Guyana from an independent body to the government of Guyana".

The third Test, from June 26-30, will now be played at Kensington Oval in Barbados.