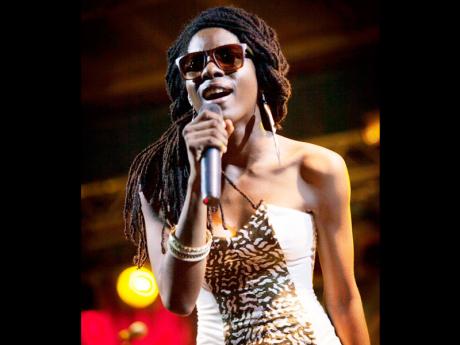 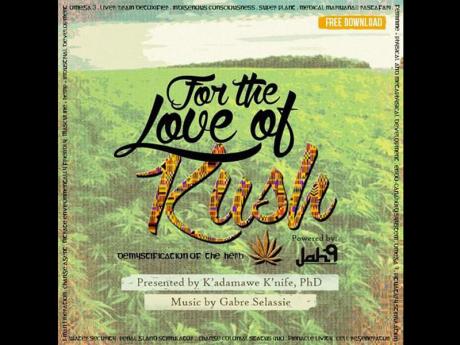 The cover art of Jah9's mixtape, For The Love of Kush. - Contributed
1
2

Jah9's debut album, New Name, introduced her to the world and made her a force to be reckoned with in the reggae industry.

Fast-forward a year and she is gearing up to release her sophomore album, Rebellion.

Although the release of New Name preceded Rebellion, Jah9 said she started working on the the latter first.

"This is actually the first album I was working on in 2007," she said, explaining that the delay in its release was part of a journey to learn more about herself.

She said the new album will have even more of the jazz-on-dub style many have come accustomed to hearing from her.

Jah9 believes that part of her duty is to spread the message of Rastafari, thus Rebellion has social and spiritually conscious lyrics.

"Many people don't really have exposure to the words of His Majesty, so it's important to present his words. I put them in context they (the people) can understand," she said.

The album is expected to be released this summer.

With the recent release of her mixtape, For the Love of Kush, the singer/songwriter and activist said she will use music as a means of advocating for the legalisation of marijuana. She maintained that the mixtape not only does that, but also gives unbiased logic regarding its usefulness. The mixtape is over an hour long, but Jah9 believes it is worth the listen.

"You will be taken on an educational journey about cannabis and its role in our lives at the nutritional, spiritual and industrial levels," she said.

University of the West Indies, Mona, lecturer, Dr K'adamawe K'nife and selector Gabre Selassie helped in the completion of the project.

"There are many people, in Jamaica in particular, who suffer from a set of diseases that plague people on this side of the world. Herb is medicine and we should capitalise on its use," she said.

She is hopeful that the mixtape will get the message across to more people and is hoping that it will speed up the process of marijuana's legalisation. "We'll see how legislation and discussion in Jamaica can progress a little more quickly now, but the reality is that there is still oppression on marijuana here," Jah9 said.

The mixtape is part of her Healing of the Nation initiative. Also part of the campaign is the music video for the track Taken Up, which was released in April.