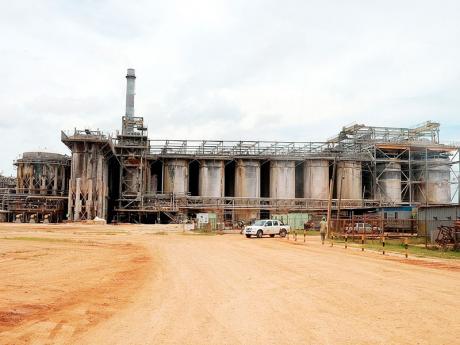 Operators of the Jamalco alumina refinery have identified more lands in Manchester for acquisition amid expectations of a continued rise in output at the mining operation.

Majority owner Alcoa Inc alluded to the acquisitions in its annual report, and identified their general locations as Harmon's Valley in South Manchester; Porus/Victoria Town; and north Manchester where it has identified new reserves.

The properties are "being promoted to reserves, as land acquisition, resettlement and access rights are secured," said Alcoa's report.

Winston Hayden, general manager and chief financial controller of Clarendon Alumina Production Limited (CAP), the minority partner in Jamalco with a 45 per cent stake, confirmed the general plan to seek out new supplies of bauxite - the ore from which alumina is extracted - but was evasive about the sites to be tapped.

"The lands are to be acquired in Manchester. The exact locations of mines and detailed mining plans are commercial information," he said.

However, Hayden said of the properties named in the Alcoa report, north Manchester was the only new area to be mined.

CAP is expected to share in the cost of the acquisitions.

"CAP meets its share of the cost of operations, as incurred," Hayden confirmed.

The mining company said that any land it purchases in Jamaica is for the sole purpose of mining bauxite.

"The underlying bauxite reserves are known at the time of acquisition based on associated drilling and analysis and are considered to be proven reserves. The acquisition cost of the land and mineral rights are amortised as the bauxite is produced based on the level of minable tons determined at the time of purchase," the mining giant said.

Up until press time, CAP had not explained the disparity in the figures.

Hayden says that Jamalco produced 1.28 million tonnes of alumina last year. That translates to capacity utilisation of around 90 per cent of the plant's capacity of 1.4 million tonnes. Alcoa, in its annual report, said that its Jamaican operation contributed 1.8 million tonnes to overall production in a table that references reserves and alumina output.

The Ministry of Science Technology, Energy and Mining disclosed to Parliament in April that the target for alumina production at Jamalco is more than 1.33 million tonnes annually to 2016, which tracks with CAP's 2013 figures.

CAP's share of output would be about 600,000 tonnes, says the ministry paper tabled by Minister Phillip Paulwell.

Hayden says there are no plans to add capacity.

"Jamalco is always seeking to improve its efficiency and production by improving processes in the operation, but no planned expansion is being pursued at this time," he said in response to whether the additional land for mining signalled plans to increase production.

Jamalco has a planned capital programme within a budget of approximately US$25.2 million, of which CAP's share is US$11.3 million, says the mining ministry.

Financing of CAP's portion of capex spend will come from drawdowns under its arrangement with Noble Group Limited, which has contracted to buy CAP's share of Jamalco's output.

Jamaica expects the aluminium market and resources for CAP to remain tight into 2015.

As such, the Noble deal "provides an opportunity to pursue improved efficiencies especially in the area of energy, settle arrangements for new mining areas based on new reserves, and to work with the joint venture partner to improve management of the plant," said the ministry paper.

Managing Director at Jamalco Antonio Melo, also told Wednesday Business that there are no plans to increase capacity, which now stands at 1.416 million tonnes per year.

For this year, 2014: "Capital expenditure has been reduced to the minimum and is funded by the members, Alcoa and CAP. Each one has their different approach and different funding systems," said Melo.

He adds that the plant is focused on cost reductions, including an energy-saving programme, which he says has been successful.

"We have been able to reduce energy consumption by three per cent in 2014 when compared to our average in 2013," the managing director said.

Referencing the performance of the industry, Melo said the expenditure-reduction programme is meant "to help the plant to go through the downturn".

Output at Jamalco has began to see a turnaround from its 2012 low, but is still well off its five-year high of 1.39 million tonnes.