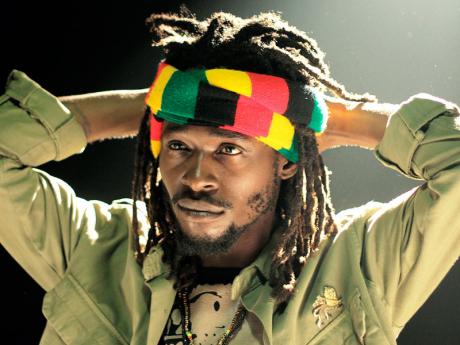 Reggae artiste Jesse Royal is the latest artiste to take a bite at the fashion industry.

The deal was made public on Saturday when the artiste, NYC Rockers, and Base Kingston teamed up to host an event at Base Kingston Manor Park Plaza address. The event was both to promote the branded line for the artiste as well as to introduce NYC Rockers to Jamaicans.

The entertainer told The Gleaner that the initiative came about because of a mutual understanding.

"They (Rockers NYC) respect our music and what we're doing, so it was naturally a good idea. It was just a collaboration between creative minds that understand each other," he said.

According to Royal, the demand for the merchandise has been overwhelming.

"Persons are enquiring where they can get theirs, so it has been well received by the public, and I'm happy," he said, also revealing that he is working on new material with Major Lazer.

Major Lazer is known for producing electronic dance music and Jesse Royal is known for roots reggae, but when questioned about the collaboration, Royal said he would do the work and leave it up to people to give their interpretations.

"When creative minds come together, then something unique and different is produced, and we just have to put it out there and leave it up to the audience's interpretations."

He told The Gleaner that he is already making plans for his European tour this summer.

"The UK tour was excellent, and come August, we will be going on a two-week European tour."

He also recently released the single, Muddy Track, which he said is doing well locally.