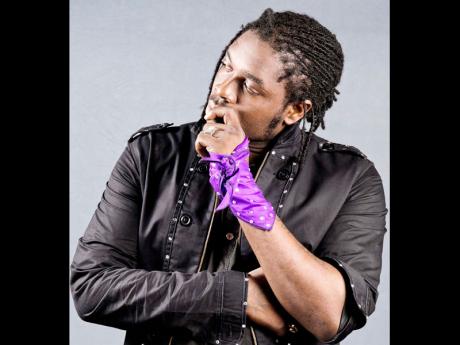 Now on his own, singer Jah Vinci has his eyes set on creating an impact in dancehall with his album, Ghetto Born.

After leaving the Vybz Kartel-led Gaza Empire a few years ago, Jah Vinci faded from the forefront of dancehall. While he continued to record and got much airplay, there has been an obvious decline in his popularity.

As the leader of his Out Clear Movement, Jah Vinci says things are now different.

"I have been doing mostly ground work, trying to build my thing. I just came out of the Gaza so mi a try do my thing, start my own Out Clear Movement," he told The Gleaner.

"It's better ... it's not like I am waiting on somebody to tell me when to move. Him (Vybz Kartel) show me a whole heap, but it is much better 'cause mi know weh mi a come from. It feels better to be a leader."

In doing his own thing, Jah Vinci says he is gearing up to release his Grilla Ras-produced Ghetto Born album within a month.

He says all 14 tracks have been recorded and are currently being mixed.

"It's a mixture of reggae, dancehall and a crossover vibe, just something to reach out to the people. It's a kind of a touching album. It is all new stuff ... a long time everybody a seh dem nah hear a lot of new things from Jah Vinci, so mi just a come with everything new," Jah Vinci said.

He says a few songs from the album have already been released, including Don of All Dons featuring Beenie Man, Penitentiary featuring Junior Reid and Wi Nuh Trust Dem, which he says has been doing well.

On the touring side, he said he recently spent two weeks in Gambia where he did two shows.

"It was crazy, one of the best since my career started. People know all of my songs, even the new releases. The welcome was crazy, people a seh not even the president dem see get a reception like that," he said, adding that he would love to return for other shows.

In a few months, Jah Vinci says he will also be doing tours in Japan and Europe.

But before that, he says he will be doing shows in Barbados and St Lucia.