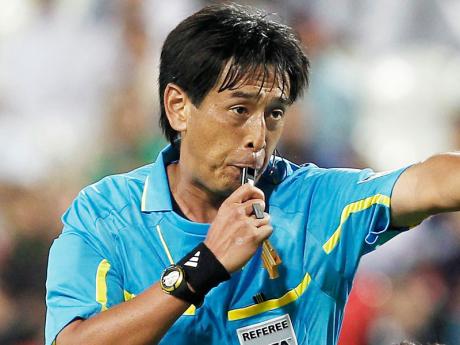 Spain's chances of retaining the World Cup trophy will be a lot better if Sergio Ramos can do for his country what he did at Real Madrid this season. Ramos is enjoying a career-best season, highlighted by his stoppage-time header that forced extra time in Real's eventual 4-1 Champions League final victory over Atletico Madrid. The 28-year-old Ramos says the goal was "one of the most important moments" of his life - and came after he netted twice against Bayern Munich in the semi-finals.

In Brazil, Ramos is not only fantasising about leading the defending champions to a record fourth straight major championship title, but redemption and the chance of beating the hosts on home soil. Brazil beat Spain 3-0 in the Confederations Cup final last year, and Ramos says, "The nice thing about football is it always offers the chance of revenge."

FIFA has selected Japanese referee Yuichi Nishimura to handle the opening game of the World Cup between Brazil and Croatia. FIFA said yesterday that Nishimura would be joined by compatriots Toru Sagara and Toshiyuki Nagi, who will be the assistant referees for the Group 'A' game at the Itaquerao stadium in Sao Paulo tomorrow. Iran's lireza Faghani is the fourth official. Of FIFA's 25 referees for Brazil, Nishimura is one of five who were retained from the World Cup in South Africa in 2010.

The 42-year-old Nishimura handled four games in South Africa, including Brazil's loss to the Netherlands in the quarter-finals. He sent off Brazil's Felipe Melo in that game for stamping on Arjen Robben as the Brazilians surrendered the lead to lose 2-1.