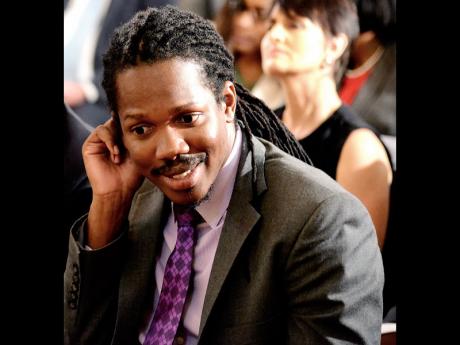 Declaring he was no armchair legislator, Damion Crawford, who has carriage of the entertainment portfolio, said the mindset that perceives entertainment as being idle often leads to entertainment events being undervalued and viewed as a nuisance rather than a business.

Crawford, member of parliament for East Rural St Andrew and junior minister in the tourism and entertainment ministry, used Parliament to press home the value of entertainment, saying it has a central role to play in helping to move people along the path of progress.

"Let us begin by acknowledging that the creative sector is one of the fastest-growing sectors of the world economy. It plays a major transformative role in income generation, job creation and export earnings, all of which are critical to Jamaica's economic well-being.

"But beyond that, it has non-monetary value in that it contributes significantly to achieving people-centred, inclusive and sustainable development," Crawford said.

In contributing to the 2014-2015 Sectoral Debate in the House of Representatives, Crawford continued his assault on the Noise Abatement Act, which he said is one of the country's greatest examples of social prejudice."It applies in the main only to small events as I have never seen it applied to Sumfest, Sting, Carnival, Jazz and Blues or any other large event with connected promoters. Then we scoff at the statement that in this country there is one law for the rich and another for the poor," Crawford said.

He told Parliament that his ministry has been working towards the improvement of the Noise Abatement Act.

"The intent of the act is to reduce night noise as a nuisance," he said.

In the meantime, Crawford has taken issue with the portrayal of him in the media as a soca-drunk legislator who is fixated on 'shellin down' clubs.

"I am not only a soca warrior, I am a reggae ambassador, I am a 'dancehall ginnygog', I am a fashion guru, I am a drama king, and I am a nerd for the spoken word. I am, Mr Speaker, the minister of state with responsibility for entertainment," Crawford said.

An unapologetic Crawford said not only does he visit entertainment events, but he has also been to studios in the depths of the night, rehearsals, fittings and poetry readings.

"I have been and will continue to be in the field. The mindset that perceives entertainment as being idle also leads to entertainment events being undervalued and viewed as a nuisance rather than as a business," he said.

Crawford has announced that Fort Rocky along the Palisadoes area in Kingston has been designated an entertainment area. He said the ministry is currently in discussions with the Urban Development Corporation (UDC) and the National Environment and Planning Agency to utilise this area as Jamaica's first entertainment zone.

"This will be a pilot project that, if it works well, will be replicated in other parts of the island," the minister said.

He said further that the Government intends to retrofit the UDC and Kingston and St Andrew Corporation-owned parking lots in downtown Kingston, using temporary fencing, to accommodate a growing number of entertainment events on the Kingston waterfront.