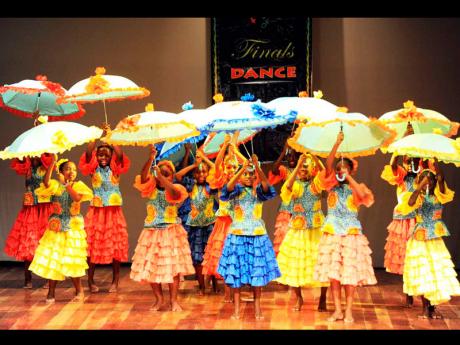 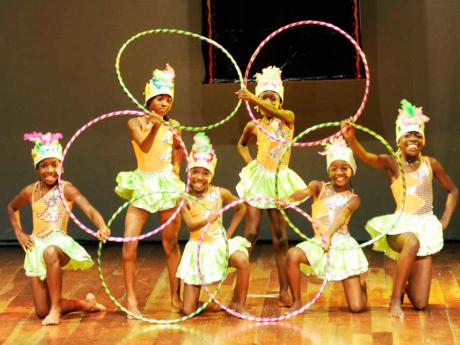 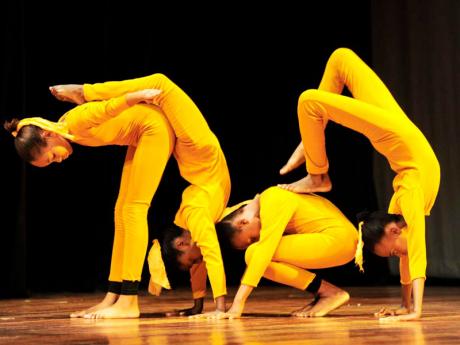 Sandy Bay Primary and Junior High performing 'Soca Play' at the Festival of the Performing Arts - Dance Festival at the The Little Theatre on Tuesday. - Jermaine Barnaby/Photographer
1
2
3

The future of Jamaica's dance industry is in good hands as the best young talent from across the island put on a spectacular showcase at the Jamaica Cultural Development Commission's (JCDC) National Festival of the Arts dance finals at the Little Theatre on Tuesday.

Children from primary, preparatory, junior and infant schools from across the island performed their best choreographed pieces in front of a panel of judges in the hopes of capturing the coveted trophy in each category.

A total of 84 dance pieces were entered in five categories; Movements and Music, Creative Folk, Modern Contemporary, Praise Dance and Popular Dance. Each category was divided into two classes.

Though Kingston and St Andrew accounted for 39 of the 84 entries, it was the rural parishes that put in some of the most memorable performances.

Hague Primary School from Trelawny, Cultural Expression Studio from Clarendon and Sandy Bay Primary and Junior High out of Hanover were among the standouts.

Cultural Expression Studio's piece, 'Culturama', captured the hearts of both the audience and the judges.

It was perhaps the male dancers' execution that sealed the deal for the Clarendon-based institution. The young dancers put their all into the routine and the effort could be seen on their faces. They walked away with the trophy in the Class 1 Creative Folk category.

The 2014 speech finals in the National Festival of the Arts are scheduled for this Sunday at the Little Theatre from 10 a.m. to 4 p.m.