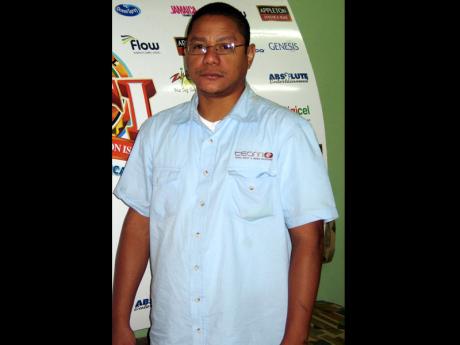 IT'S BEEN 25 years, but for Bobby Chantrelle and Andrei Wiltshire, the Tiananmen Square massacre seems like it was just yesterday.

It all started when Chantrelle and Wiltshire applied for the Chinese government scholarship back in 1988 on nothing more than a whim.

"We were idle and just went and did the exam," Chantrelle said, and then thought nothing more of it.

But when they were both offered places to study in Beijing, they grabbed the chance - Chantrelle to do a three-year postgraduate course in telecommunications, and Wiltshire to study architecture at Qing Hua University in Beijing. He also unofficially trained for badminton daily at the Sports University.

Their first year would be to master Mandarin at the Beijing Language University, one of about nine educational institutions on Beijing's two-mile university row.

"It was challenging there, away from home for the first time," Chantrelle said. Way before the advent of the email and Facebook, "letters were the main means of communication".

Beijing Language University had about 2,000 students, about evenly split between Chinese and international students - largely from communist-leaning African states.

Overall, it was "a great experience", Chantrelle said.

The protests started simply enough, and neither student ever imagined they would explode into the bloodbath they became a mere six weeks later.

Originally, the protests were over the death of a communist party member who a few years before had been a supporter of giving greater freedoms to China's students. Not able to complain in the state-controlled media, students protested in Tiananmen Square to call for the government representative to have an official funeral.

This was the students' way of voicing their opinion, Chantrelle said. "They couldn't write to the newspaper."

The response of the government was benign, meeting with the students though not really addressing their concerns, Chantrelle said.

But then the protests escalated. In two weeks, 100,000 students were protesting in the square. And then workers, too, started to join the demonstration.

"People started to camp out there," Chantrelle said.

As the Tiananmen demonstration grew to about a million people, both Chantrelle and Wiltshire visited the square.

"I was there about three times. But you couldn't even walk through the crowd. That is all I really saw of it," Chantrelle said.

"I did go to the square about a week before the shooting took place," Wiltshire remembered. His uncle was visiting and staying in a hotel near the square. After dinner one night they went to check it out. "It was about midnight when we got there, and I remember us standing on some steps overlooking a sea of humanity, as far as my eyes could see," Wiltshire said.

"I had never seen, and have never seen since, that many people in one place," he said.

Still, government had no strong response, which could have had something to do with the upcoming official visit by Mikhail Gorbachev, leader of the Soviet Union, who was coming at the end of May, Chantrelle said.

When Gorbachev visited, there were up to a million protesters in Beijing's all-important square, which is bordered on one side by the Forbidden City, on another by the state parliament, and which also contains Mao's mausoleum. It was "embarrassing" for the Government that they could not take Gorbachev to the Square, Chantrelle said.

After the visit, the protests were being aired on T,V and a Chinese government official who showed some empathy to the students' cause "pleaded" with the demonstrators, asking them to break up and return to their universities, he said.

The official became emotional and couldn't hold back his tears. "He cried - not only in public, but on TV," Chantrelle remembered.

But still the students and other demonstrators wouldn't leave.

The army started to move into the square on Saturday, June 3. Early Sunday morning, Chantrelle and Wiltshire returned from a student party on the Saturday night - at about 5 a.m., initially unaware of what was going on.

It was then that Chantrelle heard something about army boots on the ground. But it didn't concern him overly. But Wiltshire heard that people were being killed in the street, and was warned to keep his head down.

"On the Sunday morning, the army drove into the square with tanks," Chantrelle said. They opened fire and within "45 minutes to an hour the square was clear."

But Chantrelle knew nothing about it, until he awoke about 1:00 on the Sunday afternoon, to a phone call from his aunt from New York, USA, to find out if he was OK.

It was then that he realised something really big was happening. He went to the school grounds, but there "was nothing much happening". There were a few scattered groups talking, though and it sounded like the situation was "really bad".

"I'm sure a couple of thousand people were killed," he said.

Later that day, the seriousness of the situation really hit.

"I went to pick up my laundry and saw a teenage girl lifeless in the back of a pickup with blood on her body."

The fear was fast to spread. Wiltshire was told it was dangerous for him to go out on the road. "Once the shootings started, it was felt that the streets were no longer a safe place to be day or night," Wiltshire said.

"The media was now dead," Chantrelle said. The outside world probably knew more about what was going on. The only information internally was from people talking, and people were very careful who they talked to.

On the Monday, two English friends told them the British Embassy was suggesting they and some 70 other Commonwealth students should be carried to the embassy.

"So we went to the British Embassy - about 60 students in all," Chantrelle said. The students were transported in army trucks with Union Jacks around them.

"En route, Chinese soldiers stopped us and boarded the trucks with their AK-47s and demanded to see our passports to make sure no Chinese students were with us," Wiltshire said.

"In truth, I was worried for Bobby because he had a Chinese mother and might have been mistaken for a local trying to escape," Wiltshire said.

"It was scary, but the Jamaican passport got him through," he said.

Once safely at the embassy, the students were farmed out to various embassy personnel houses. Chantrelle and Wiltshire ended up staying with the ambassador.

The surroundings were luxurious, but the atmosphere tense. "Andre manned the phone and directed calls to the embassy," Chantrelle said, as other ambassadors and foreign dignitaries called urgently for information.

The ambassador was concerned about reports that an army faction in support of the students was gathering outside the capital. He recommended the students went with non-essential embassy staff to Hong Kong, then still a British colony.

"I felt the evacuation was necessary as the ambassador shared that satellite intelligence showed opposing army factions starting to position themselves around the embassies and he felt it was safer for us if we left for Hong Kong," Wiltshire said.

"In those circumstances, British intelligence was good enough for me to decide it was time to take up my bag and get out of there," he said.

So that Tuesday afternoon, Chantrelle, Wiltshire and Patrice Hill, a third Jamaican student, joined the other students, staff members and their families to fly to Hong Kong.

By then, more than a week had passed, and everything in Beijing was seemingly "pretty much back to normal", Chantrelle said.

Back in Jamaica, Chantrelle got a job offer at the then Jamaica Telephone Company and decided not to return.

Hill moved on to the US, and Wiltshire and Chantrelle have since lost touch with her.

Wiltshire went back, however, to a far different environment.

"Having not completed my degree at UWI, I felt obligated to return and complete my studies," Wiltshire said.

Fast-forward 25 years, and Chantrelle has now left telecoms and leads TEAM, his own entertainment promotion business in Kingston.

Wiltshire now lives in Britain, where his badminton training is being put to good use, as he is now a badminton and tennis coach.