Give farmers guns to defend against theft - Green 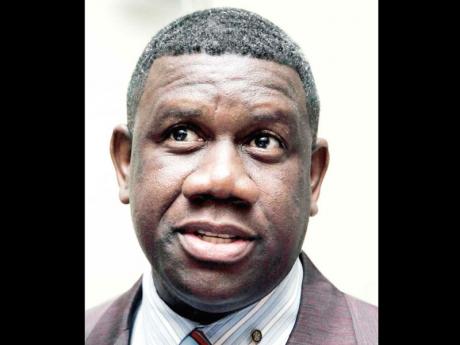 SOUTH EAST St Mary Member of Parliament, Dr Winston Green, has called for the creation of a paramilitary, community-based, gun-carrying, anti-praedial larceny unit as a means of tackling farm theft.

Making his contribution to the 2014-2015 Sectoral Debate in the House of Representatives on Tuesday, Green said praedial larceny is depriving farmers of their livelihood and discouraging other persons who seek to go into farming.

He argued that the Government should allow and encourage farmers to set up farm guard teams in their respective communities, which will assist or work along with the police in patrolling their farms on a rotational basis. He said the farm guard teams should be given proper communication facilities, arguing that in rural farming communities, it is difficult to commit a crime and escape once a proper alarm is made.

"I am also recommending that limited military/police training be given to these farm guard teams, even in the use of firearm, and everything should be done to make it easier for them to legally bear arms to protect their property like any other business persons," Green said.

He said, however, that persons with serious criminal records should be excluded from joining such teams.