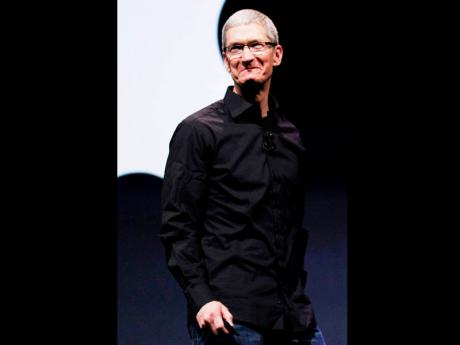 Apple's resurgent stock may have as much to do with financial engi-neering as the company's tech-nological wizardry.

Monday marked Apple's first stock split in nine years, a move designed to make it more affordable to buy shares of the iPhone and iPad maker.

The manoeuvre provided a boost even before it was completed. Since the split was announced in late April, Apple's stock has climbed 25 per cent, creating more than US$100 billion in shareholder wealth while the Standard & Poor's 500 edged up just four per cent.

Other factors contributed to the Apple rally: The company raised its quarterly dividend, committed an additional US$30 billion to buying back its stock, struck a US$3-billion deal to buy headphone maker Beats Electronics and previewed its latest software for iPhones, iPads and Mac computers.

1. The split could attract more investors

The reason has more to do with psychology than logic. Splits lower a stock's trading price by substantially increasing the number of outstanding shares. Even though the company's market value remains the same, the prospect of a lower price per share often excites investors who previously shied away from a stock because it looked too expensive.

Apple executed a 7-for-1 split. That means every Apple stockholder received six additional shares for every share they owned as of June 2. The distribution will increase Apple's outstanding stock from about 861 million shares to about 6 billion shares.

Although it's unclear if this was Apple's intent, the lower price could clear the way for the company to be included among the 30 stocks in the Dow Jones Industrial Average. The closely watched benchmark is supposed to mirror key sectors of the economy, a role that seems perfectly suited for Apple given the popularity of the company's products and its US$171 billion in annual revenue.

Whether Apple will now make it into the Dow Jones is the "US$3-trillion question," says Howard Silverblatt, senior index analyst for S&P Indices.

3. Splits are falling out of fashion

Stock splits once seemed reflexive whenever a company's share price neared US$100. In recent years, though, splits have dwindled as companies became more comfortable allowing their stocks to trade for hundreds of dollars.

Even though the overall stock market has been soaring, only 57 splits have been completed since 2009 among companies in the Standard & Poor's 500. That compares with 375 splits from 1997 through 2000, a period that coincided with the dot-com boom.

5. You'll need to adjust the bar