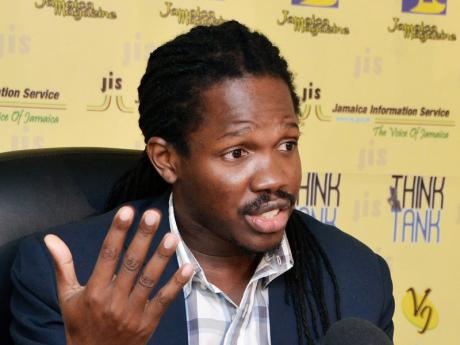 Delivering his sectoral presentation in Parliament on Tuesday, Minister of State in the Ministry of Tourism and Entertainment Damion Crawford said, "As soon as we achieve a critical mass of craft producers and artisans, we intend to move for the introduction of a law that forces imported craft to conspicuously bear the country of origin".

Crawford said the craft industry and tourism sector were inextricably linked and "craft holds the potential to generate significant earnings for Jamaica".

In recognition of the potential of this sector, the ministry has developed a concept paper for a national craft policy, which has been approved by Cabinet.

The policy is being developed and will be implemented by a Craft Council which, according to Crawford, will facilitate inclusion and enable craft practitioners to have a say in the management of the industry.

The Craft Council will include elected representatives from local craft practitioners as well as other stakeholder groups and will be mandated to ensure the competitive viability of the craft sector. A chairman is to be selected soon to steer the council, which will ultimately transition into the Craft Authority.

As part of the overall strategy to lift the standard, brand products and boost sales, the ministry has promoted the creation of an 'Authentic Jamaican' brand of craft that will only be sold in craft markets.

Crawford said efforts are being made to get artisans on board to hasten the day when Jamaica's craft markets and gift shops are no longer dominated by imported craft items.